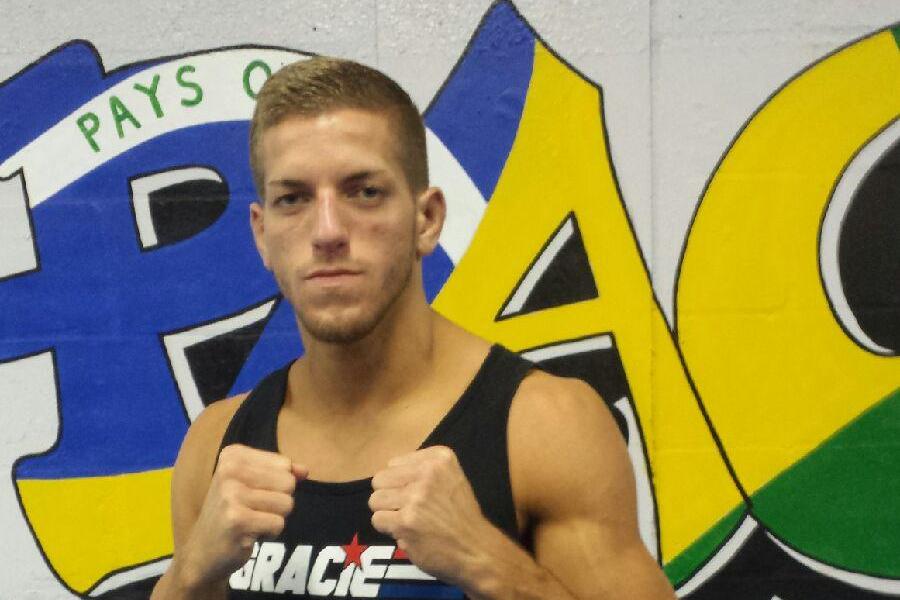 Choosing what you want to be in life can sometimes be the hardest thing a person ever does. Some people never find their passion. Instead, they end up drifting through life in jobs where they work to build other people’s dreams. But when a young person is able to find a career they love and excel in that line of work, it’s magic.

Tampa fighter Dan Martinez is slated to make his pro MMA debut at the young age of 23. He’ll do so on Friday, Nov. 21, at Real Fighting Championships 32.

Martinez is one of the lucky ones. He found his passion early. At the age of 14, he saw an MMA fight. He watched as one of the fighters was able to pull off a win via armbar. From that point on, Martinez wanted to do that.

At age 16, he started wrestling for East Lake High School because he knew it would help him fight. At 17, he started training at Gracie Tampa, where he has been honing his skills in Brazilian Jiu-Jitsu ever since.

“My family always asks me why I want to fight,” said Martinez in an interview with Combat Press. “I am not an angry fighter; I don’t have [an] angry face when I walk out. I am actually all smiles. I guess you could sum it up with ‘Pain Is Temporary, Pride Is Forever.’ I think it’s the technical aspect that I love the most, though. It’s a contest that comes down to how much do you know versus how much I know.

“I lost my first fight. I think it’s the best thing that could’ve happened. I didn’t start off on a win streak. I actually had a blast and lost via split decision, even though a lot of people thought I actually won. I was 19 and he was 28. It was the best way to start a career.”

Since then, Martinez has won nine amateur fights and only lost two more. He has four submission wins, two KO/TKO victories and three decision wins, showing that while his initial love may be the ground game, he is no slacker in the striking department. Still, thirteen amateur fights is a pretty high number.

“I was young and young in the head,” explained Martinez. “Before, I always felt like a kid fighting grown men—they were older and stronger—but now I am older [and] filled out. And now I am actually big for my division. I was fighting at 170 [pounds] and walking around at 172, but now it’s a real cut for me to get down to 170. But I feel strong.”

“I’m not just a fighter,” Martinez elaborated. “I am a huge fanatic. Guys like Jose Aldo—I love his style, his attitude and his fight game. [Ronaldo] ‘Jacare’ Souza—he is a phenomenal fighter. His grappling—he has done everything I want to accomplish in jiu-jitsu. A pro career in MMA is awesome, but it’s not my only goal. I won Worlds at blue belt, and now I am a purple belt. I want to go back and win it again. Abu Dhabi is my ultimate goal, and training and competing in no gi really helps my MMA.”

As a fighter advances in his career, he steps up his training and his strength and conditioning. It’s about anything he can do to have the advantage over his opponents.

“I have been focusing more on cardio, not just weights, like the beach-body workout,” laughed Martinez. “It’s meal plans, more circuit, crossfit-style workouts, AMRAPs… I am going more for effective training. And I also go to other gyms—Gracie Tampa South and Brandon—you get different style coaching, fighting [and] training partners but they are still in the Gracie family.”

The next step in his career path is the pro debut. His opponent is fellow Floridian Calen Holcomb, who is fighting out of Cocoa Beach. Holcomb is also making his pro debut.

“I am familiar with him,” Martinez said. “He is experienced and it’s going to be a tough fight. He has gone 7-0 as an ammy, and six of his wins have come by submission. He is skilled and I respect that he likes to grapple, but I don’t think his other opponents are the same level as me or have the pedigree that I have.

“He is a 6-foot-5 grappler, but it’s not just an advantage in striking. It’s about passing guard and posture control. This is going to be an interesting fight. If I had to say, I feel like I am going to submit him. Like I said, I think I am a couple of notches above his previous opponents. My stand-up, even if our ground game’s cancel each other out, my stand-up is good and I can win there. I just feel like this one is going to the ground with both of us wanting to go there and dominate the other.”

If you are in the central Florida area on Friday, you can head to the A La Carte Pavilion in Tampa to see Martinez make his pro debut. You won’t just be watching another fighter struggling to emerge with his hand raised. You’ll be watching someone doing who is doing something he loves. You’ll be watching magic in action.

Dan would like to thank his sponsors: No Judges Needed, Back Into Balance, Detour Protein and Advanced Spine and Wellness Center. He would also like to thank all his coaches, teammates, family and friends for all their support, especially all his buds from middle school who have listened to him talk about this day for years. He’d also like to thank Monkey’s Mom. Follow Dan on Instagram: @DanMartinezJitsu
Advertisement