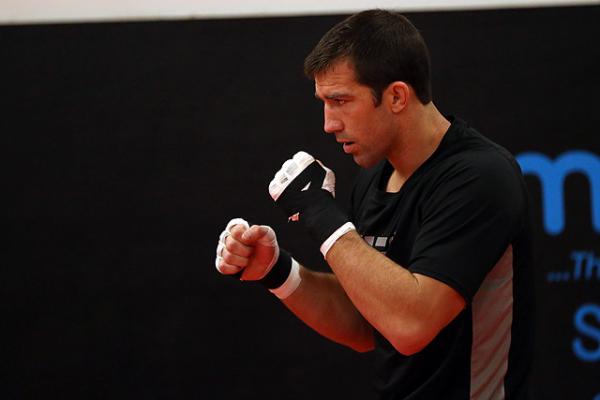 In the main event of the evening, former Strikeforce middleweight champion Luke Rockhold took on The Ultimate Fighter season three winner Michael Bisping. Rockhold entered the contest on the heels of back-to-back, first-round finishes of Tim Boetsch and Costas Philippou. Ten of the 30-year-old’s 12 career wins had come before the final bell. England’s Bisping, meanwhile, had alternated wins and losses for the past three years inside the Octagon. He was most recently in action in August, when he stopped another former Strikeforce champion, Cung Le, via fourth-round TKO at UFC Fight Night 48.

Above is a post-fight interview with the victorious Rockhold, as well as highlights of the main event between Rockhold and Bisping (courtesy of the UFC).