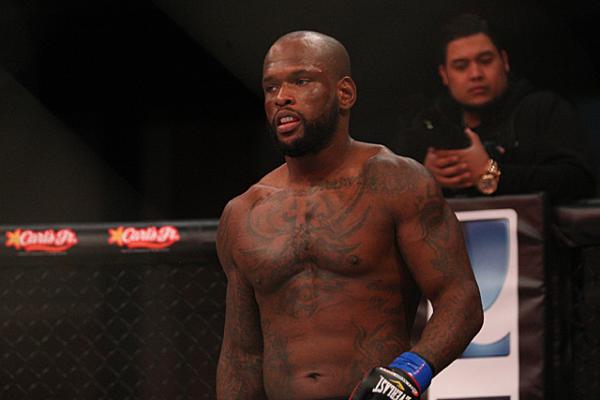 On Friday, Oct. 10, Bellator MMA will host its 128th event from the WinStar World Casino and Resort in Thackerville, Okla.

In the night’s main event, the promotion will unify its bantamweight title as reigning champion Eduardo Dantas clashes with interim title holder Joe Warren. The Brazilian Dantas has won six straight fights inside the Bellator cage, including wins over current UFC fighters Zach Makovsky and Wilson Reis. The 25-year-old has scored back-to-back stoppage wins over Marcos Galvao and Anthony Leone in his last two title defenses. Across the cage, Warren became the first, two-division title holder in the promotion’s history when he bested Rafael Silva in May. The 37-year-old former featherweight kingpin has won four straight fights leading into the bout.

The main card also features undefeated British welterweight Michael Page against UFC and Strikeforce veteran Nah-Shon Burrell. The striking stalwart Page has yet to see the second round in his six-fight career, most recently demolishing Ricky Rainey in May. Burrell has alternated wins and losses since 2011, including a knockout loss to Andrey Koreshkov in his last outing.

The 12-fight event kicks off with a live stream of the preliminary card beginning at 7 p.m. ET. The four-fight main card airs live on Spike TV at 9 p.m. ET.