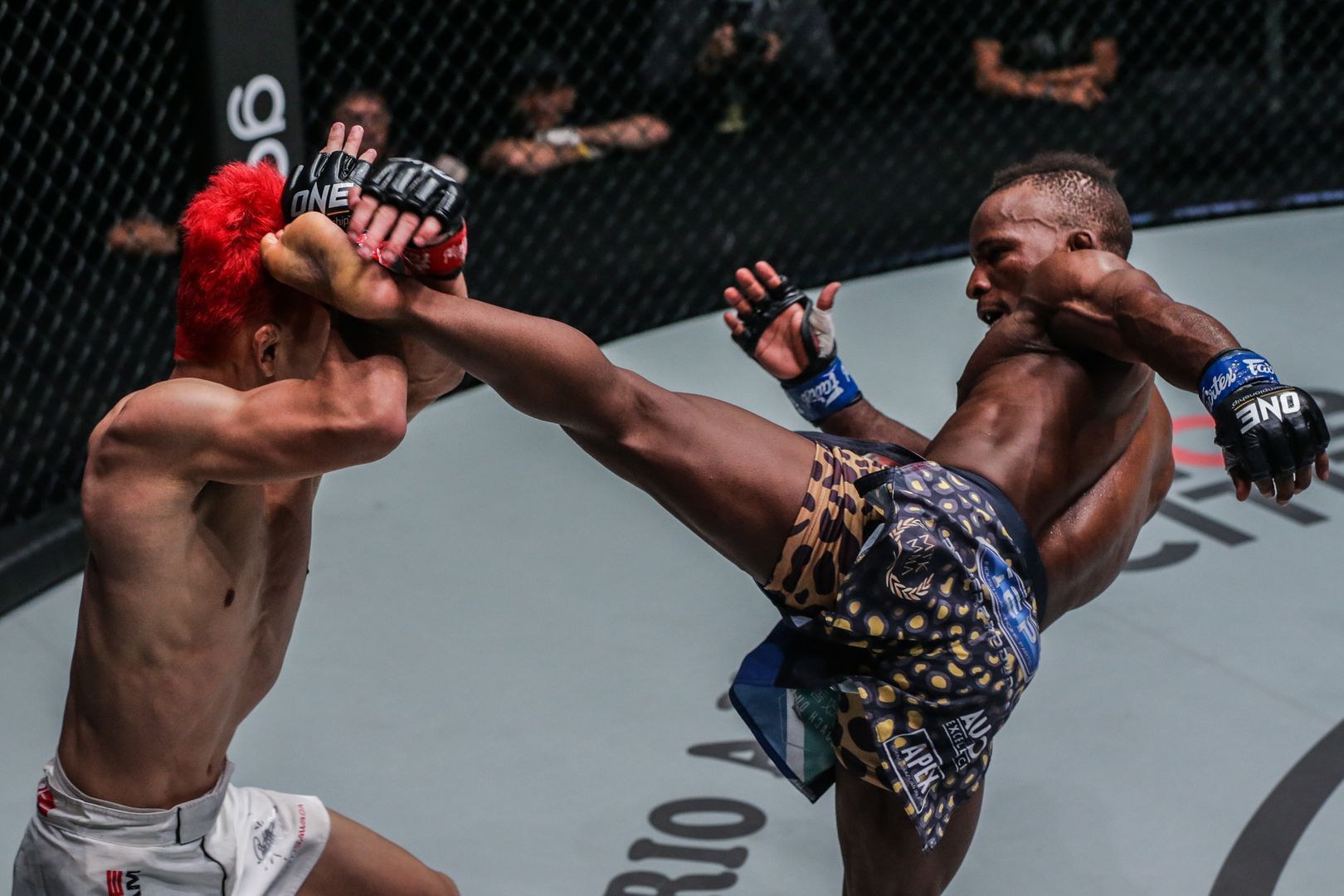 On Friday, Jul. 22, Bokang Masunyane will return to the ONE Championship Circle in a high-stakes strawweight-contender collision against Hiroba Minowa at ONE 159: De Ridder vs. Bigdash.

With dreams of gold filling his mind, Masunyane is ready to get back in the win column and reaffirm his second-ranked position in the division. The South African star has been preparing like a champion so that he can reach those goals, and he knows that he’ll be facing a tough test against third-ranked Minowa. That said, he believes he has the arsenal to score a decisive victory over his Japanese foe.

“I believe his ground game is his strongest asset, but I’m here to become a world champion. I’m working on all my fight game. As much as I have respect for him, I don’t think he’s got the tools or what it takes to beat me. ”

Heading into the pivotal battle at ONE 159, “Little Giant” has taken note of his past failures. Having experienced a trying weight cut in the past, and being accustomed to ONE’s hydration tests, the star is making his diet a priority.

Working with professionals and putting the proper fuel into his body, “Little Giant” is feeling better than he ever has before an event.

“But after my last fight, I realized that my hydration has been always a problem,” the 28-year-old noted. “And, of course, in ONE Championship, it did not allow you to fight if you’re dehydrated. And I realized that even in the previous organizations, I used to fight while I was dehydrated. And I actually never knew that. And so they’ll tell me after the fight that, ‘you need to drink a lot of liquids. You need to drink a lot of water.’

“So, I realized one of the things that could be was my diet. And since then, I started eating clean. I started getting a dietitian for this camp. So, this is probably going to be the best shape I’ve ever been in leading up to a fight.”

He will get his chance to put weight to his words inside the Circle at ONE 159. But he will be facing an opponent that won’t make it easy for him to find the victory.

Minowa has all the tools to become a World Champion himself, and he’ll be trying to usurp “Little Giant’s” position in the rankings. So, Masunyane will need to be at his peak to hold it and send a message to the top of the stacked weight class.

“So, I’m here to prove to my division that I am the best in the world,” the South African said. “I will prove to the rest of the world that are going to be watching ONE Championship that I am here to stay. I’m here to become a world champion.

“Whatever way it will take for me to win, that’s how I’m going to win. If it’s a knockout, I am going to knock him out, submission or the distance. But I am going to show a very dominant performance over Minowa to show the division that I’m here to stay. I’m here with a different fire fighting against Minowa.

“ONE Championship has got the best strawweight fighters in the world. Whoever they would have given me, I would have been ready to fight, and I’m pleased that they still gave me someone within the top five, so I can still claim my ranking in the right way. Minowa is one of the best in the world.”

The strawweight showdown will take place on Friday, Jul. 22, at ONE 159. The action can be seen live and free on ONE Championship’s website.