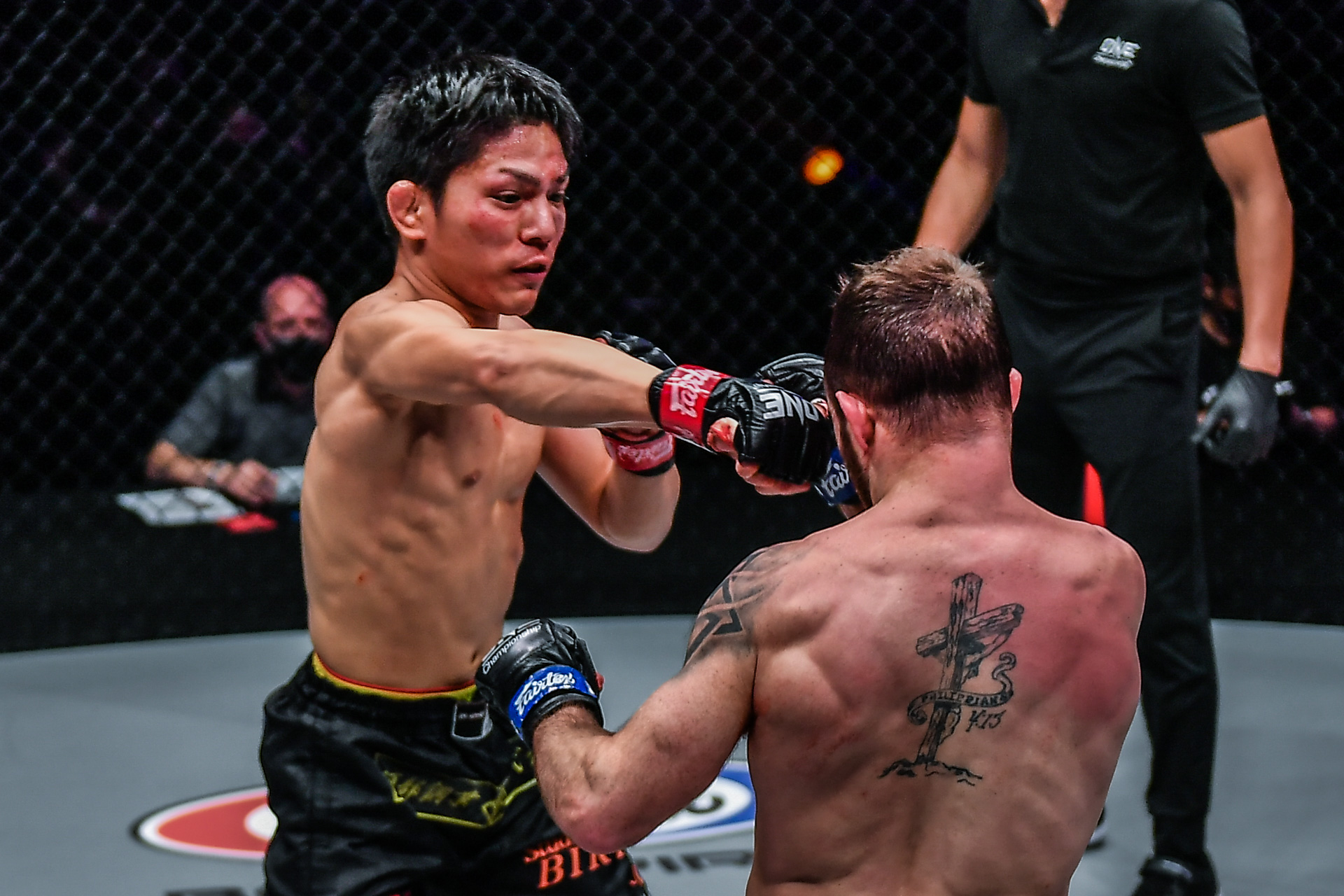 Brooks Topped Minowa and Masunyane; The Two Will Meet at ONE 159

The UFC failed. Bellator failed. RIZIN failed. The list of MMA organizations who have failed at not keeping Jarred Brooks on the roster is long and profound. The Indiana native is 19-2 as a pro, he’s still
only 29 years old, and his two losses were a botched slam in a fight he was winning and a split decision against current UFC flyweight champ Deiveson Figueiredo. Yet, the UFC released him, Bellator didn’t do anything long-term and even RIZIN let him slip through the cracks. Well, there is one organization that scored big.

ONE Championship swiped up Brooks in early 2021, and, due to cancellations, he didn’t make his promotional debut until he submitted Lito Adiwang in Nov. 2021. He went on to score a flawless decision victory over Hiroba Minowa in Jan. 2022, and he followed that up with a first-round submission of Bokang Masunyane in April. At this point, Brooks looks to be unstoppable, the other promotions looks like fools, and ONE’s strawweight champion Joshua Pacio is staring down the barrel of a loaded gun.

Brooks and Pacio were supposed to fight at the beginning of June, but that fight was scrapped due to a Brooks injury. So, at ONE 159 on Jul. 22, the second- and third-ranked strawweight contenders, Masunyane and Minowa, will face off in a battle for next in line.

Japan’s Minowa is only 22 years old, but prior to his fight with Brooks, he was on a six-fight winning streak with four under the Shooto banner and the last two in the ONE Circle. Now sitting at 13-3 as a pro, he has stopped all but five opponents by submission or TKO. He has never been stopped, and in ONE, he previously beat Adiwang and Alex Silva, both by split decision. Needless to say, he is very durable and does his best work on the ground.

When South Africa’s Masunyane made his ONE debut in Dec. 2019, he was undefeated at 6-0, but he had only finished one opponent in his pro debut. When he first fought in the ONE Circle, he won a unanimous decision over Ryuto Sawada. However, in his second ONE fight, he stopped Rene Catalan with a head kick only 37 seconds into the fight. This set up the contender bout against Brooks, but Brooks put that one to rest before the end of the first round.

Both Masunyane and Minowa are durable fighters, able to go the distance. Both men are seemingly well-rounded fighters, but Minowa has been much more successful at getting the stoppage victory. If Masunyane can get this one to the final bell, he may have a chance, but Minowa is more likely to finish the South African before this one makes it to 15 minutes. Regardless, this should be a great fight for the fans and will be featured on the main card. The winner will have a good cahnce of meeting Brooks for a rematch in the next 12 months.