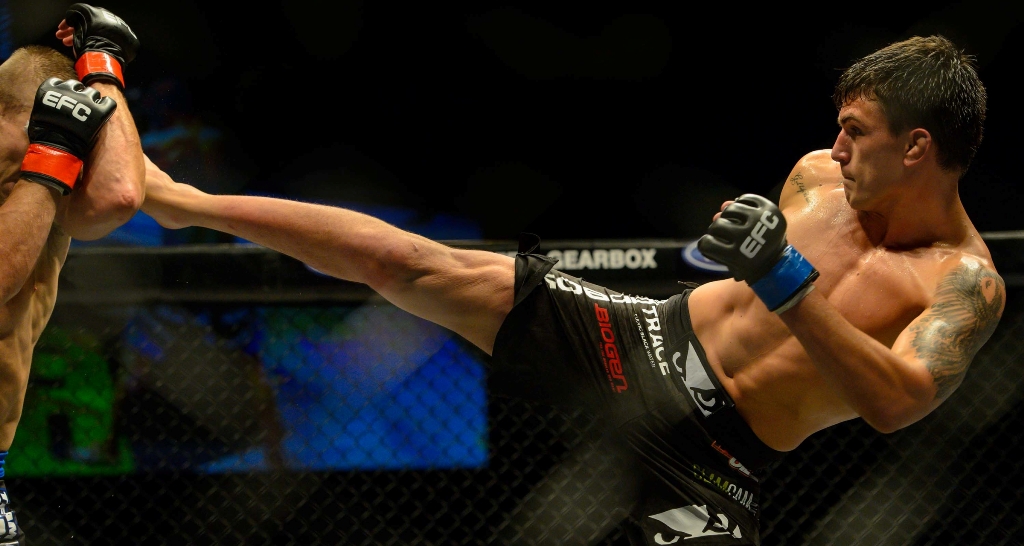 In the night’s main event, lightweight champion Dave Mazany faced off with former titleholder Don Madge. The American Mazany had found immediate success in the EFC cage, reeling off three straight wins since joining the promotion. Two of those wins came against former champion Leon Mynhardt, whom Mazany submitted to capture the title. Madge, meanwhile, lost the belt to the aforementioned Mynhardt at EFC 25, and then was submitted by him at EFC 37. Since then, Madge had earned three straight first-round finishes to earn another crack at the belt.

EFC 58 kicked off Saturday with the preliminary card at 17:45 CAT. The main card followed at 21:00 CAT on EFCWorldwide.tv.