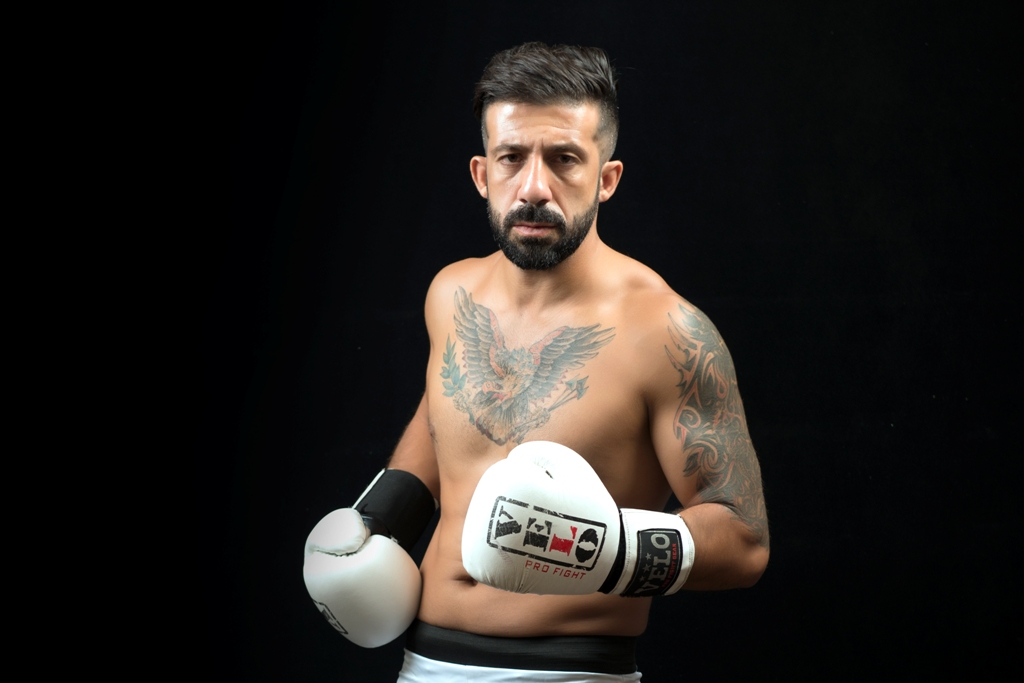 Anar Suleymanov: ‘Popularity Is Not So Important For Me’

You are the most decorated kickboxer from Azerbaijan on the amateur level. What is your record in the professional ring? Tell us about your first and latest pro fight.

First of all, I would like to note that at different times Azerbaijan had strong professional boxers and kickboxers who participated and won in most popular international tournaments. We have a very strong boxing school that is based on Soviet traditional boxing, which was one of the best in the world.

I would not say that I am the most decorated kickboxer of Azerbaijan, but I have competed as a professional kickboxer for quite a long time and I already made my statement in national and international tournaments.

My first fight happened in cooperation with an international promotion that gave me the possibility to take a challenge on a higher level. My first opponent was a fighter from Georgia. I was not in a good shape yet, but I managed to knock out my opponent in 15 seconds of the fight.

After that, they started to invite me for professional tournaments where I met fighters from Turkey, Iran and Georgia. Mainly, I won by knockout in the first round.

My hardest fight happened at the Fight Vision tournament in 2016. I had a very tough opponent who had fought for Kunlun Fight, and it was the 44th fight in his career. I lost 60-40, and it was the only loss in my career. Two months after, I had another fight and I won.

You could be considered a founder of female kickboxing in Azerbaijan. Tell us how it started. What difficulties did you face at the beginning?

I would not call myself a founder. I can say that I was an engine that moved this process in Azerbaijan. In the light of our special east mentality, it is not usual for us to see women in the ring, so we didn’t have women boxers.

I developed my own method of training for those women who came to me just to lose some weight, improve their shape, learn to protect themselves, and to develop self-confidence. In my method, I used elements of boxing, kickboxing, pilates and CrossFit. I organized sparring sessions and local tournaments.

Officially, the women’s kickboxing team has existed only one year. I started to work as head trainer of the women’s team with only three fighters. During the year, we collected more than 100 girls, who now compete in established international tournaments. Today, girls come in just to try boxing, get interested, and some of them actively compete.

Outside of Azerbaijan, not many people know about you, but on Instagram you have more subscribers than reigning GLORY featherweight champion Robin van Roosmalen. What makes you so popular?

Yes, I am quite well known and I actively run my pages in social nets, share interesting video, motivation info. Besides my sports activity, I am starring in films, write poems, music, and have live broadcasts on TV.

My popularity is not so important for me. I want to be an example for young fighters and show them that opportunities are limitless if you work hard.

If we type your name in Russian in Google, we can find several articles about a scandal with your entrance for the fight in 2015 with the Kurdistan flag. Several sites even call it the PKK flag. Tell us this story.

Azerbaijan is a multinational and multicultural country. Different nations have been here for ages. I am Azerbaijani, but also I am representative of the Kurdish nation, which has lived on Azerbaijan territory since ancient times. When I entered for that fight, I had two flags on my uniform, the flag of Azerbaijan and the flag that symbolizes my nation, nothing concerning the PKK. I am Azerbaijani and fight under the flag of my country.

Is kickboxing your main source of income these days?

Unfortunately, kickboxing is not very developed here, compared with western countries. Despite that, I have my professional club, A.S. Fight Club. I have many students. Our famous professional fighters come to my gym to train, and beginning trainers attend my gym for seminars.

There are world-famous kickboxers among your compatriots, but all of them train outside of the country. What does Azerbaijan need for the development and promotion of its professional kickboxing school?

As I said before, in Azerbaijan, kickboxing is not as popular as Olympic kind of sports, such as wrestling, judo or taekwondo. But we have many clubs. Young people actively come to train. There are federations. Guys participate in notable tournaments.

The main problem is the attraction of business to such a spectacular and popular kind of sport. There is no fighter promotion in Azerbaijan now. That’s why our guys usually fight for the foreign clubs — guys like Zabit Samedov and Alim Nabiev. Moreover, we need better modern training methods and, of course, managers who are able to represent fighters on an international level.

Who do you consider as the most talented Azerbaijani fighter?

One of the most famous and decorated Azerbaijan kickboxers is Eduard Mamedov, who is multiple world and Euro champion, and a three-time WAKO champion. However, presently he is not so active, because he is already 40.

I cannot think of someone among young fighters now.

On Sept. 30, Alim Nabiev fights Nieky Holzken at GLORY 45. Give us your predictions on that fight.

Alim is a very strong and talented fighter. I know him personally. I’ve watched his development as a fighter. He has very good knees. In my opinion, his advantage is in slightly dirty techniques, but he will not be able to stand against a big professional like Nieky Holzken, who is hungry after two defeats.

Robin van Roosmalen and Serhiy Adamchuk will have a title fight in your weight class. What do you think of this fight?

Adamchuk is a hard-working young fighter who works for the result. Van Roosmalen has had victories and defeats in his career. I am very impressed with van Roosmalen’s fight techniques, which are very different from mine.

If I’m able to sign with GLORY, I would like to fight van Roosmalen. I am sure that it will be an exciting fight. I use different tricky techniques, because I have good speed and I can make a very uncomfortable fight for my opponent.

You are a veteran of kickboxing, but you are still actively participating in the professional ring. Where do you plan to have your next fight?

I would not say that I am a veteran. I am 34 years old and I have time to compete. I didn’t use all my energy in multiple fights. I competed regularly without overtraining. So, I reserved energy potential. I am now in top shape. Training experience provided me with the ability to read opponent tactics and make them uncomfortable in the fight.

Right now, I feel powerful and I want to fight with the best kickboxers in the GLORY ring. My next fight will be in Prague at the end of September at a WAKO tournament.