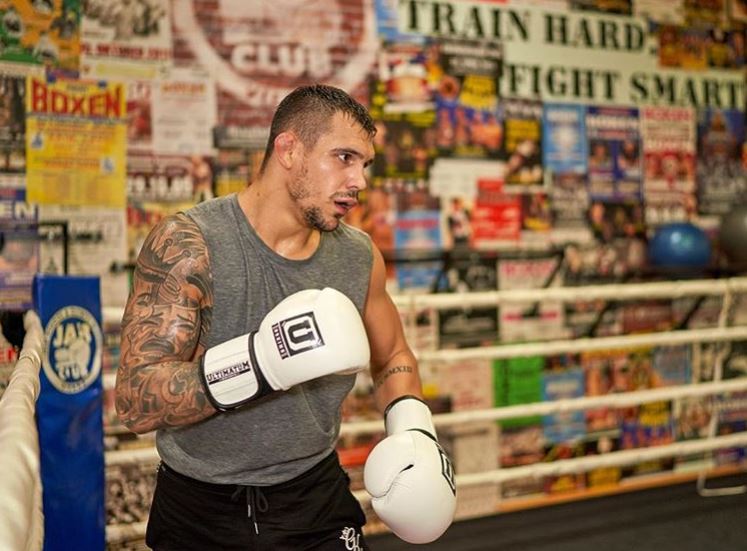 Will Aleksandar Rakić Win Over His Critics When He Faces Jan Błachowicz?

Aleksandar Rakić takes on Jan Błachowicz in the main event of this weekend’s UFC Fight Night card. Rakić will almost certainly earn a title shot with a victory. Despite being in title contention, he has received negative fan reactions over the last couple of years. Will he be able to win over his critics?

Rakić won his first four fights inside the Octagon. His vicious head-kick knockout of Jimi Manuwa alerted the MMA world of his potential. At this point, he was a well-liked fighter who was tipped by many to become a world champion. However, following his last two bouts, perceptions of the Austrian-Serbian fighter has changed.

Rakić’s bouts against Anthony Smith and Thiago Santos were fairly uneventful, pedestrian affairs, and the 30-year-old received criticism for this. He actually started his bout with Smith in aggressive fashion, throwing several hard leg kicks which buckled Smith’s legs and caused him to fall to the ground. Smith knew that his legs were compromised, so he attempted a takedown. Rakić showcased his immense physical strength by over-powering Smith and securing top position. The remainder of that bout followed the same pattern, with Smith attempting to take Rakić down, but ultimately getting out-muscled and controlled on the ground.

Rakić secured a comfortable unanimous decision victory over Smith. Despite having complete control of him on the ground, Rakić did not inflict much damage and did not register any submission attempts. His lack of urgency against an opponent, who he clearly seemed to be better than, frustrated many fans. Rakić’s choice to keep the fight on the ground, despite appearing to be a couple of kicks away from finishing Smith, seemed to display a lack of killer instinct. On the other hand, it must be remembered that Smith is an experienced fighter who knows how to survive in difficult predicaments. He has only been finished twice in 16 UFC contests.

Rakić’s reputation amongst fans was further damaged following his next contest against former title challenger Thiago Santos. Both fighters were wary of the other man’s power and counter-striking ability. This resulted in the contest having large periods of inactivity. Rakić was pressuring Santos, but was hesitant and failed to capitalize on his control of the Octagon. Despite delivering a lackluster performance, Rakić was able to persevere with a unanimous decision win.

With the benefit of hindsight, the backlash that the 30-year-old received seemed to be unwarranted. Santos has looked like a shell of his former self since he returned from his injury lay-off, but it is clear that he still carries a threat which can cause his opponents to freeze. Both Johnny Walker and Magomed Ankalaev were also tentative when they faced the Brazilian.

Ankalaev carried out a similar game-plan to Rakić, pressuring Santos without throwing many strikes. He also beat Santos by unanimous decision but unlike Rakić, he was knocked down once in the fight. Rakić’s strategy against Santos may not have been crowd-pleasing, but it now seems clear that it was certainly an effective and astute one.

Another factor that has contributed to the decline in Rakić’s standing has been his inactivity during the last two years. Following his victory over Santos, Rakić felt that he had done enough to warrant a UFC title fight. Unfortunately for him, this did not materialize. On the same night that Rakić competed against Santos at UFC 259, middleweight champion Israel Adesanya moved up to challenge light heavyweight champion Błachowicz. After Glover Teixeira’s victory over Santos in Oct. 2020, he seemed to be the number-one contender at 205 pounds. However, Israel Adesanya had already informed the UFC of his desire to attempt to become a two-division champion. The organization subsequently booked the Błachowicz vs. Adesanya fight, leaving Teixeira to wait for his title shot and pushing Rakić further back in line.

Rakić was then overtaken in title contention once more. After Jiri Jiří Procházka knocked out Dominick Reyes with a brutal spinning elbow, Rakić called the Czech fighter out. However, at this point, it was clear that the UFC had made Procházka the number-one contender. The fact that Procházka had delivered two highlight-reel finishes over former title contenders, propelled him to the top contender spot. Rakić’s reserved showings against Santos and Smith were in stark contrast to this and ultimately seemed to cost him a championship opportunity. Procházka may have a reckless style, but it has earned him a sizeable, loyal fanbase. This undoubtedly had a factor in the UFC’s decision making when they made Prochazka the number-one contender ahead of Rakić.

Rakić did not fight in the second half of 2021. Instead, he waited for a number-one contender bout, which he received against Jan Błachowicz. His inactivity is understandable, considering his position in the weight class. Being just one fight away from a title shot means that he would not gain much by beating fighters ranked below him. After Błachowicz sustained an injury before their original scheduled meeting in March, the 30-year-old waited for the Pole to recover so the bout could be re-booked.

This Saturday, Aleksandar Rakić has the chance to put the frustration of the last couple of years behind him. A victory over Jan Błachowicz will earn him the title shot which he believes he should have received some time ago. To get the fans back on his side, a victory will not suffice. Rakić will need to finish the former champion in memorable fashion to remind the MMA community of his ability to entertain and of the level of danger that he possesses to his opponents.

The UFC Fight Night: Błachowicz vs. Rakić preliminary card will air on ESPN2 and ESPN+ starting at 7:30 p.m. ET with the main card following on ESPN2 at 10 p.m. ET.