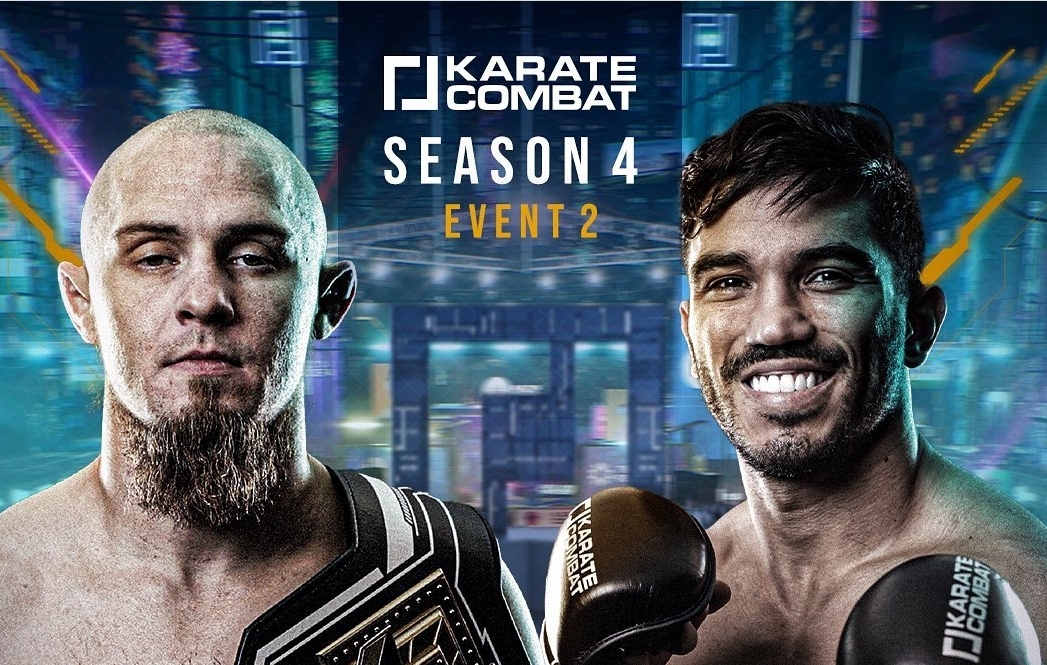 Stephen Thompson joins Georges St-Pierre and Bas Rutten for the fourth season of Karate Combat as a coach. Former Bellator kickboxer and GLORY champion Gabriel Varga debuts on June 25th.
The second event of this season takes place Saturday, May 28, live on YouTube, and will showcase three fights, including a lightweight championship bout between titleholder Edgars ‘The Bearslayer’ Skrivers and Pitbull Brothers standout Luiz Rocha

While the world of combat sports generally focuses on MMA, there are some organizations, such as Karate Combat, who continue the successful development of striking martial arts. The rules are mix of IKF and kickboxing rules with some unique additional guidelines. Regular fights last three rounds, and championship fights are five rounds. No low kicks are allowed, with the exception of calf kicks. Also, instead of fighting in a cage, fights are happening in fighting pit.

To understand how it works, fans should tune in and watch. On May 28, Skrivers will out his belt on the line against the Brazilian contender.

The promotion, which from the very beginning seemed to be an experiment, has grown into a competitive striking league. There is additional interest in celebrity signings, such as UFC star, and longtime karate and kickboxing champion, Thompson as a coach. Also recently announced is the signing of former Bellator kickboxer, and former GLORY Kickboxing featherweight champion, Gabriel Varga, who debuts on Jun. 25 in a lightweight bout.

If you miss good striking, and full-contact fighting, watch the upcoming event of Karate Combat which will be free stream on YouTube tonight at 7 p.m. ET.