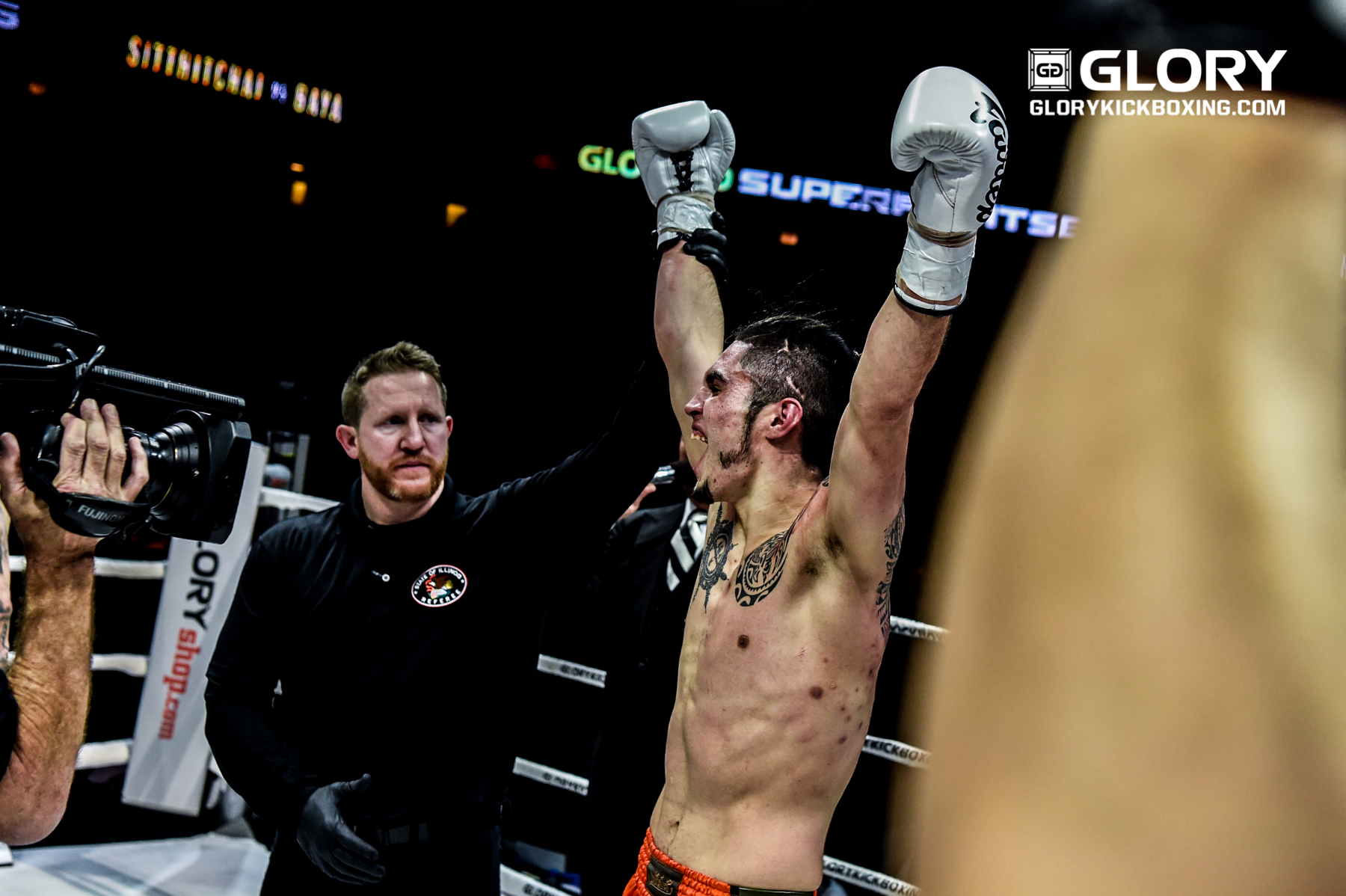 GLORY 50’s Omar Moreno: Adversity In and Out of the GLORY Ring

Omar Moreno is far from a household name for kickboxing fans but after his showing at GLORY 50, you can be assured the GLORY team will be looking to get him on more cards in the future.

Facing GLORY veteran Casey Greene on the GLORY 50 SuperFight Series, Moreno enjoyed the support of a raucous Chicago crowd. Born in Streator, Ill., Moreno was competing in front of a number of friends and family members. The Moreno cheering section was filled with cutout images of his head on sticks, drawing a smile from the kickboxer as he walked down the aisle to the GLORY ring. He would use the support of the Chicago fans as he capped off an incredible comeback by scoring a pair of knockdowns in the waning moments of the third round.

Omar Moreno lands TWO knockdowns in the last 30 seconds!!! We could be seeing an extra round! #GLORY50 pic.twitter.com/kgVODNFObM

As the judges tallied up their scores, fans and media members began to wonder if we might see a fourth round considering Greene appeared to be up two rounds to none heading into the third frame. But that’s a sentiment shared by Moreno.

“The first round he caught me,” Moreno told Combat Press after the fight. “I was feeling good but yeah he caught me with a nice shot. That will happen… I didn’t think it was going to a fourth round. I thought I had won.”

After a handful of minutes, GLORY ring announcer Tim Hughes would confirm to fans and fighters that a conclusive fourth round would be needed. As the fans erupted in cheers, thinking their hometown favorite was on the verge of a stunning comeback, Moreno went back into fight mode.

“I’ve fought Muay Thai many times and that’s always five rounds. So I’m ready for five full rounds. That’s how I train. Four rounds is easy,” Moreno said of his mindset heading into the final frame. “I knew he was tired. I think my conditioning was the difference in the fight.”

As if going through a grueling fight and having to get amped back up for a fourth round weren’t hard enough, Moreno entered the contest with a heavy heart. He dedicated the fight to his cousin who had passed away a week before GLORY 50.

“It was tough,” Moreno said of hearing his cousin had passed. “I was training and I found out last week. That was a pretty tough moment for me and my family. But I had to focus on my job. As soon as I found out, I decided that if I won the fight, I would let the people know that it was for him.”

Moreno now finds himself with a shiny 2-0 record inside the GLORY ring. The welterweight of course says the GLORY belt is the ultimate prize but he is ready for whomever GLORY presents him with in his next fight.