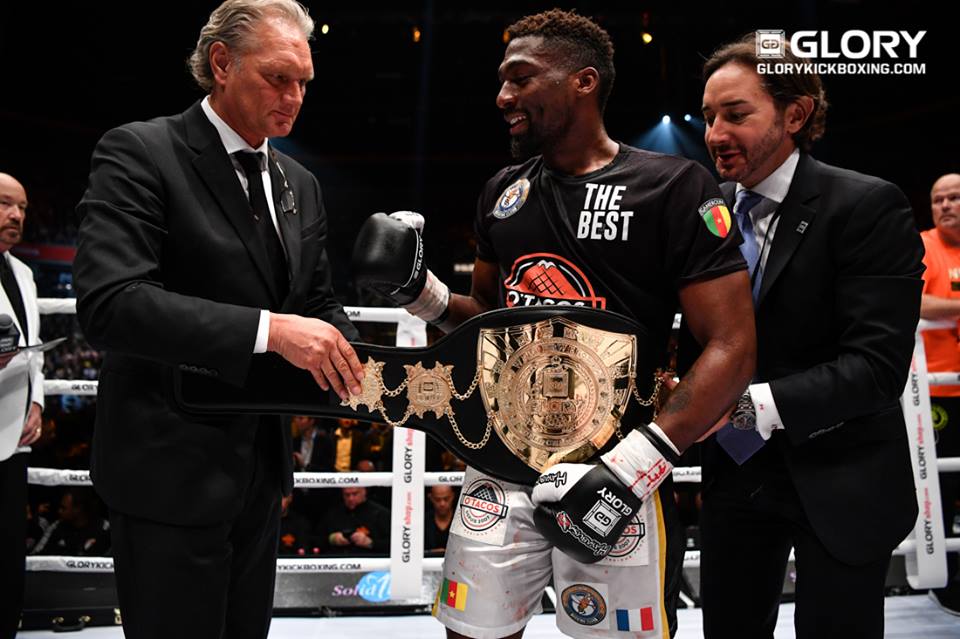 GLORY Kickboxing is returning to Belgium.

The promotion has announced that GLORY 39 will take place from the Forest National in Brussels on Saturday, March 25. The same venue hosted GLORY 2 in October of 2012.

Headlining the event will be the third meeting between welterweight champion Cédric Doumbé and Switzerland’s Yoann Kongolo. The pair have met twice previously — in 2014 and at GLORY 22 in 2015 — with Kongolo winning by decision each time. The Cameroon-native Doumbé captured the title by topping Nieky Holzken at GLORY 36 in December. Kongolo, meanwhile, earned his second shot at GLORY gold by capturing the GLORY 37 contender tournament in Los Angeles.

On the SuperFight Series portion of the event, the world’s pound-for-pound No. 1 kickboxer, Sitthichai Sitsongpeenong, puts his lightweight title on the line against Frenchman Dylan Salvador. The pair have also shared the ring on two prior occasions, but split the two contests. Thailand’s Sitthichai is coming off a clear-cut decision win over Marat Grigorian at GLORY 36. Salvador impressed in his GLORY debut at the same event, topping Anatoly Moiseev and Hysni Beqiri to capture the night’s contender tournament.

Additional bouts for the event can be found below. The promotion is expected to finalize the fight card in the coming weeks, including the participants of the one-night, four-man featherweight contender tournament.

The SuperFight Series portion of the event will stream live on UFC Fight Pass at 12:30 p.m. ET, with the main card streaming at 3 p.m. ET on ESPN 3.