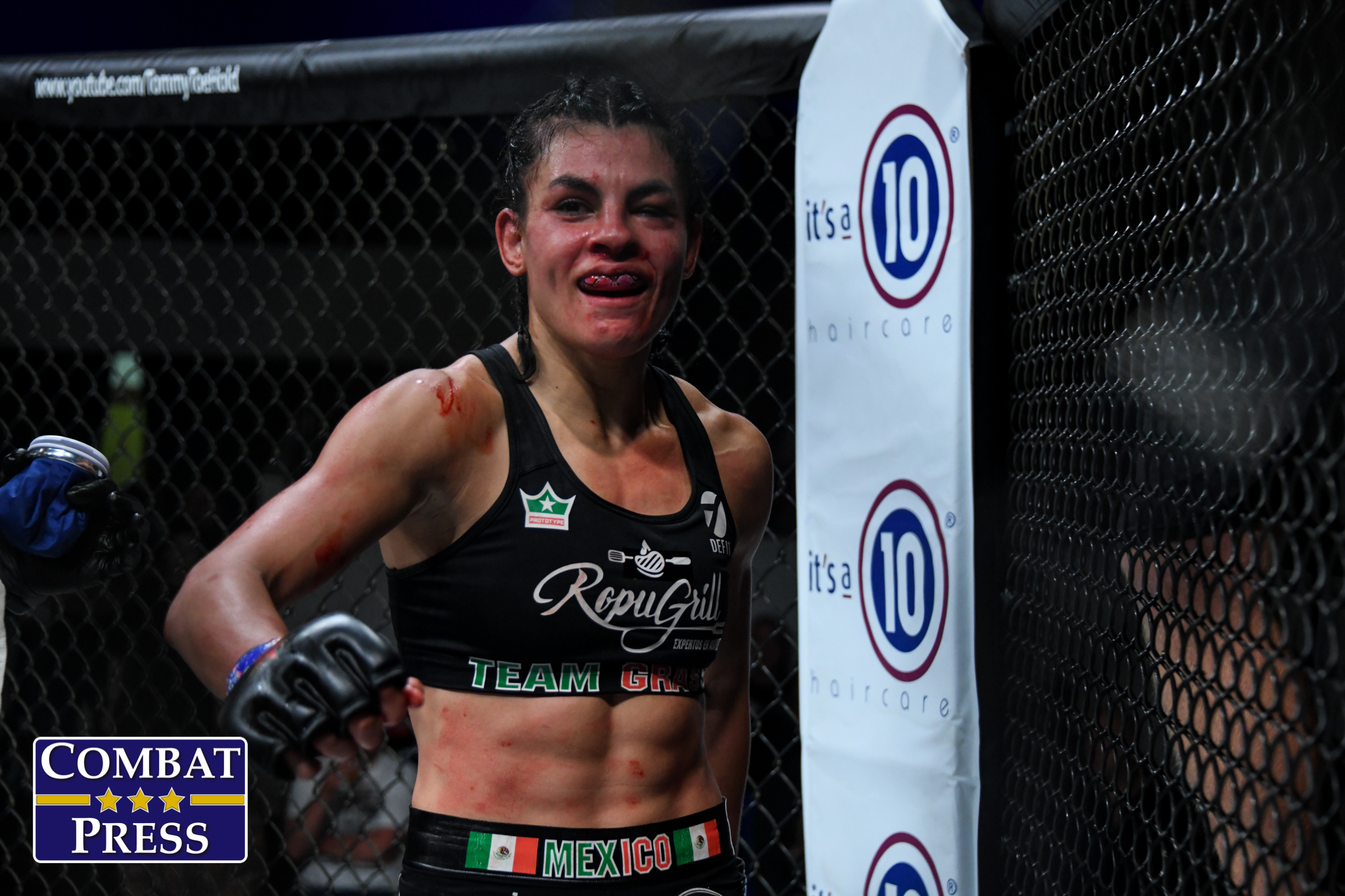 Invicta FC returns to YouTube this weekend with Invicta FC 46: Rodríguez vs. Torquato 2, which is headlined by a flyweight title bout.

The main event title bout will see champion Karina Rodriguez meet up with Daiana Torquato. Rodriguez has been a top Invicta fighter since her debut with the company and looks to continue her winning ways against the rising Brazilian challenger.

In the other top bout, Milana Dudieva takes on Denise Gomes. Dudieva was to take on Torquato, but the latter was elevated to the main event, giving Gomes this opportunity.

Four additional contests round out the six-fight Invicta FC 46 offering, which takes place from Memorial Hall in Kansas City, Kan. The action kicks off on YouTube at 8 p.m. ET.

The flyweight title is on the line in the main event; will short notice replacement Daiana Torquato have enough to win her rematch against Karina Rodriguez?

Karina Rodriguez has long been a top flyweight with Invicta and now is the top dog. She sees a familiar opponent in Torquato, whom she bested recently under the Invicta banner. This should be an entertaining bout regardless of the outcome.

That said, I don’t see a whole lot changing in this fight. Not only did Rodriguez win convincingly in the first bout, but Torquato, despite training for another opponent, has short notice to win a very tough fight. I am not sure she’s up to it, but she will put up a good fight because she’s a dog.

This should be a carbon copy of the first fight, though I think Rodriguez is a tad more dominant. She retains her belt here.

Denise Gomes has won four straight fights since dropping her professional debut; does she make it five straight with a win in the co-main event?

Gomes takes this fight on short notice against a UFC veteran, so she certainly has a high hill to climb. That said, she’s looked solid in her current four-fight winning streak and is looking to impress the masses in this bout.

All that considered, without a full fight camp and taking on a fighter like Dudieva who has fought at the highest level looks to be too tough a task. Dudieva should cruise here against the spirited effort of Gomes.

UFC veteran Danielle Taylor is just 1-2 inside the Invicta FC cage; how does she fare against Liz Tracy?

Danielle Taylor is a lot better than she’s proven thus far in the Invicta cage. That much is true. That said, she has really not taken any easy fights. That trend continues here against Liz Tracy, who is a battle-tested veteran who has had many tough tasks during her Invicta tenure. She’s as gritty as they come and will give Taylor all she can handle.

In the end, though, I do think Taylor succeeds here. It won’t be easy but she pulls out a big win in what could be a Fight of the Night contender.

My sleeper matchup on this card is definitely Flore Hani vs. Kristina Williams. Williams is a Bellator veteran who has a strong strength of schedule and good experience. Hani is a solid prospect who continually takes on tougher opponents every fight and has an exciting style. Their styles should clash well in what should be a definite fan pleaser.