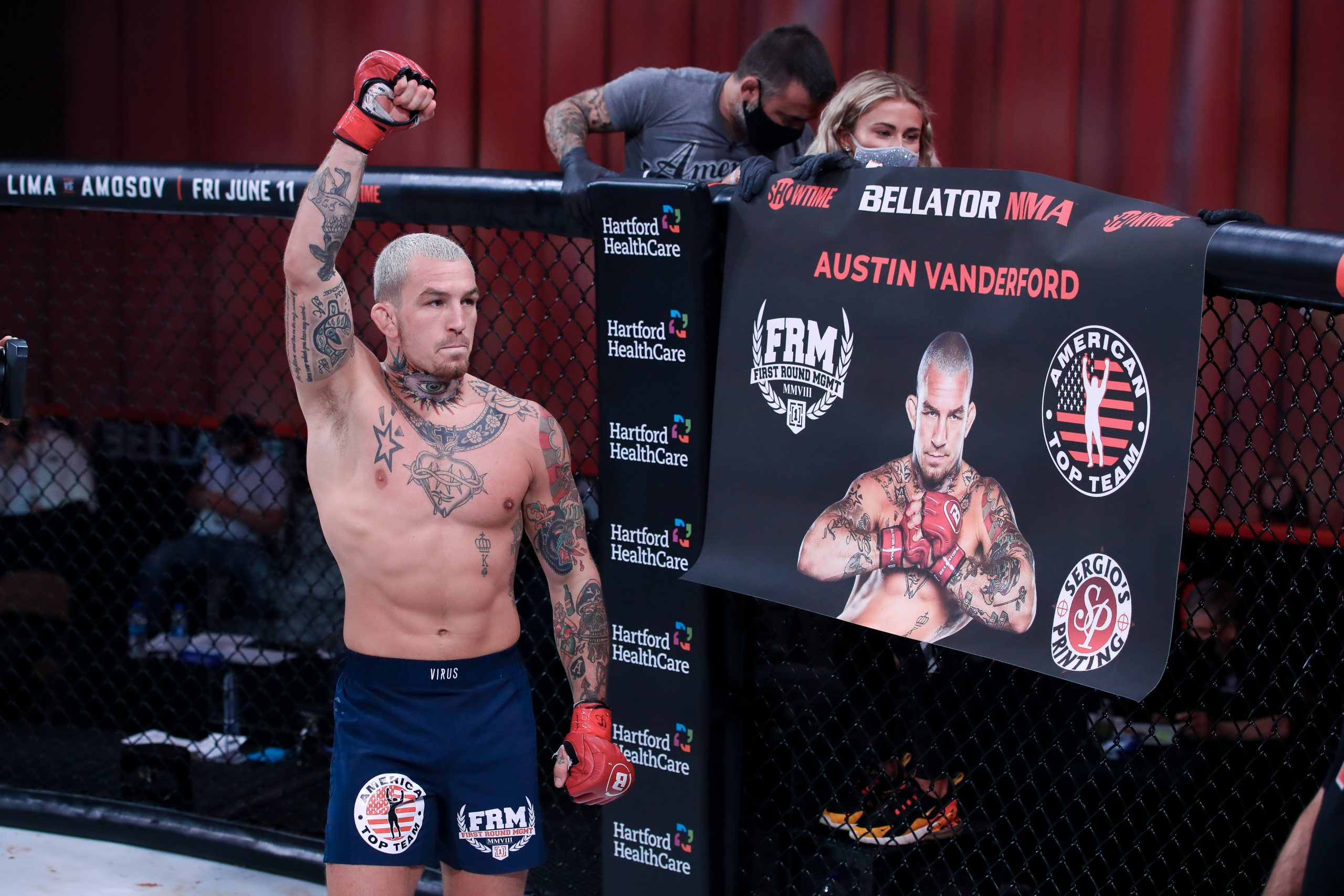 Bellator returns to the international scene in front of a Dublin, Ireland crowd that never disappoints. Bellator 275 goes down on Friday, Feb. 25, starting at 1 p.m. ET. With a fight card featuring tons of Irish talent, the atmosphere will make this event unlike any other.

In the headliner, middleweight champion Gegard Mousasi looks to deny Father Time with a win against the undefeated Austin Vanderford. Mousasi is undoubtedly an MMA legend, but can he continue to beat these younger killers?

Meanwhile, Vanderford has an experience disadvantage, but this could be his breakout moment. After sadly losing Peter Queally vs. Kane Mousah, two Irish scrappers step in for the co-main event. Sinead Kavanagh looks to bounce back against Leah McCourt. After losing in the first round to Bellator champion Cris Cyborg, Kavanagh has the chance to get back on track with a win. On the contrary, McCourt is 5-0 in the promotion. Both of these ladies can scrap, so expect violence in this matchup.

Bellator 275 also features a variety of prospects, including Ciaran Clarke, Khasan Magomedsharipov, Jornel Lugo, and more. The preliminary card airs live on Bellator’s YouTube channel starting at 1 p.m. ET with the main card following on Showtime at 4 p.m. ET. Check out the full preview and predictions below.

Gegard Mousasi meets undefeated Austin Vanderford for the Bellator middleweight title; does the Portland product have what it takes to unseat the incumbent?

Mousasi vs. Vanderford is a title fight with a massive experience difference. No disrespect to Vanderford, but his best win coming against Fabian Edwards is crazy compared to Mousasi’s resume. Most expected Father Time to takeover Mousasi’s skills by now, but the legend continues to perform wonderfully. Vanderford will need his best performance yet, if he wants to dethrone Mousasi.

Although his striking has improved, Vanderford finds his success grappling. Mousasi has reliable jiu-jitsu and takedown defense, but Vanderford could sneak in a submission. If the fight stays standing, Mousasi’s volume and pressure should be able to break down Vanderford. Other than a sneaky submission, Vanderford will struggle in this matchup. Mousasi should dominate and win by unanimous decision.

McCourt vs. Kavanagh will be a good test for two of Bellator’s most beloved female fighters. Kavanagh is a striker who uses her boxing skills and power to beat her opponents. The problem for Kavanagh is that her ground game tends to be lacking, and decisions usually don’t go her way. With that said, Kavanagh is tough as nails and always has a chance to get a knockout.

On the other side of the cage, McCourt is well-rounded and needs to be ready for the step-up in competition. McCourt has slick BJJ but tends to be sketchy on the feet. This matchup will ultimately come down to who can control where the fight goes.

If the fight stays standing, McCourt has quicker hands and more volume, but Kavanagh’s boxing skills could lead to more damage. If the fight goes to the ground, Kavanagh must show improvements or potentially get submitted. Overall, McCourt should prevail with a submission midway through the fight.

With the recent changes in the fight lineup, we now have three undefeated prospects who find themselves on the main card in Ciaran Clarke, Khasan Magomedsharipov and Jornel Lugo; which fighter delivers the most emphatic performance

All three undefeated prospects are impressive, but Khasan Magomedsharipov has the potential to be special. Khasan is the brother of UFC fighter Zabit Magomedsharipov, and their fighting styles are similar. Training to fight against Magomedsharipov must be frustrating. From spinning heel kicks to twisters, you never know what to expect when Magomedsharipov lets loose.

Expect another wild finish to add to Magomedsharipov’s resume.

The sleeper match-up is Brian Moore vs. Jornel Lugo. This matchup features a young prospect getting tested by a Bellator veteran. Lugo is 3-0 in Bellator and finds himself ranked in the top 10. Meanwhile, Moore has a lot of experience and always gives his opponent a tough fight. With his home crowd cheering, Moore looks to upset the undefeated prospect.

Both fighters are strikers with styles that could lead to a slugfest. Lugo and Moore tend to be pressure strikers. Therefore, if the fight stays standing, we could see them both trying to lead the dance. Moore can be more of a brawler, and Lugo keeps it technical. As long as both fighters throw a lot of volume, this fight simply can’t be boring.