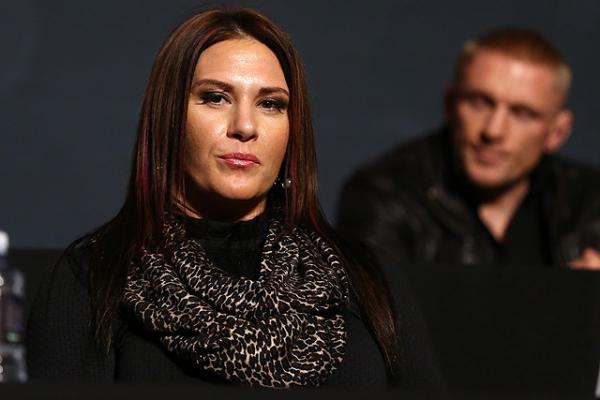 Time has caught up to Cat Zingano. In the three and a half years since her embarrassingly one-sided submission loss to Hall-of-Famer and former UFC women’s bantamweight champion Ronda Rousey, the sport has left Zingano behind.

Zingano once beat multiple-organization champ Miesha Tate, top-five bantamweight Raquel Pennington and current UFC champion Amanda Nunes. Now, she has lost three fights in a row and has been increasingly unable to have any standout or sustained success during any of these fights.

Some will point to health issues and injuries that may have robbed Zingano of the ability to progress and compete. Unfortunately, these are the same people who look at the names on her resume instead of watching the actual fights. They paint a picture of a fighter who could do it all, was a top-end athlete, and was able to beat the very best her division had to offer, when in fact Zingano, while a very good athlete, was also a defensively inefficient, irresponsible, one-dimensional fighter who relied far too much on her athleticism, physicality and bursts of offense to carry her to victories.

In numerous fights, Zingano’s inability to fight with controlled aggression has resulted in her being taken down repeatedly, manhandled and beaten up. A large degree of durability, a big heart and tremendously devastating bursts of offense rescued her more than any technical execution, strategic adjustment or layered overall game.

It was hard to argue with the results she was getting, if you were only looking at results. If you were looking at the fights, then you saw a supposedly dominant athletic specimen get ragdolled, roughed up and beaten up by the aforementioned Tate, who stands out as the least physically imposing fighter in bantamweight history. For two rounds straight you, Tate was able to lay the lumber to Zingano, only for Zingano to get a questionable stoppage when a refer mistook a level-change takedown attempt for a fighter physically submitting to a barrage of strikes.

Whether you believe the stoppage was just or not, the fact that Tate was able to do what she did to Zingano both on the feet and on the ground had to be cause for concern. Tate hasn’t done that to anyone else, with the exception of Jessica Eye, who was a blown-up flyweight. Against no other elite or even non-elite fighters has Tate’s wrestling looked as dominant, physical or effective as it was against Zingano. The same holds true for Tate’s striking.

The same logic applies in the fight with Nunes. After beating Zingano within an inch of her life, Nunes, as she is prone to do when pushed, faded and then completely collapsed. Zingano turned the tide and bludgeoned Nunes into submission.

The results of these fights and the dramatic nature of her comeback and eventual stoppage wins fooled people into thinking Zingano was something she wasn’t. But you can only walk on the edge so long before you fall off. Zingano, who tightrope-walked her way into a title shot, lost her footing and was never able to regain it. Health problems and injuries kept her out of the cage for an extended period of time. By the time she was back in action, she was no longer one of the best athletes in the division. She was no longer one of the most physical fighters in the division, either. As a result, the shoddiness of her striking, the utter ridiculousness of her strategy, the lack of depth and dimension in her skills, and her complete lack of awareness contributed to repeated losses to essentially unproven and underdeveloped fighters.

It’s not just that Zingano is rusty. She is, but the fact of the matter is that she wasn’t all that good technically on the feet, on the ground or in getting the fight to the mat. She had specific physical advantages in explosiveness, durability and physicality that made her effective in the light of some very unrefined striking and grappling. Like most athletically gifted, underdeveloped fighters, Zingano lost it all once she lost a step. She hadn’t diversified, layered and refined the skills she had. Instead, she sat pat, letting her physical tools act as a cheat code for winning fights.

Much Like Gray Maynard, Anthony Pettis, Phil Hawes and, to a degree, Rousey, Zingano and her coaching staff did it wrong. They played to her strengths early to get the lead, but the complete lack of responsible direction and progression in her technical, strategic and situational development resulted in her fading late.

Zingano is a cautionary tale of what happens when a fighter hasn’t fully established an identity or developed a functionally effective balance of skills offensively or defensively. An “elite,” physically gifted fighter, with heart, grit, determination and aggression can be turned into a shopworn, inefficient and ineffective fighter because corners were cut early in the process.

If Zingano had been moved slower, developed more deliberately, and had her skills brought together for cohesion instead of inclusion, then at this stage she could still win. Zingano could still look good in doing so, too. However, that didn’t happen. Now, Zingano is getting outworked, out-skilled, roughed up and beaten up by younger, fresher, more athletic, and more skilled versions of the fighter she used to be.