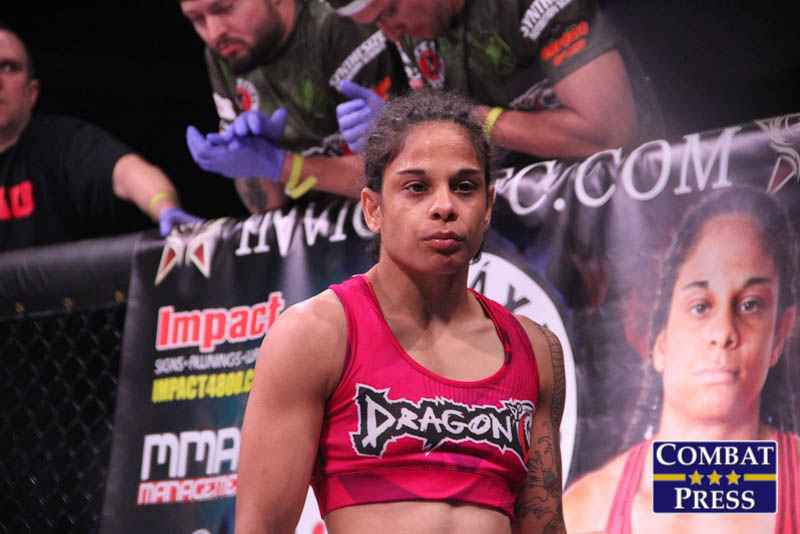 Also at 115 pounds, former title challenger DeAnna Bennett takes on Jodie Esquibel in bout that was originally slated for Invicta FC 21. Bennett will return for the first time since Invicta FC 16, where she dropped a split decision to veteran Roxanne Modafferi in a flyweight bout. Esquibel will also look to rebound after falling short against Alexa Grasso at Invicta FC 18 in July.

Recent atomweight title challenger Jinh Yu Frey welcomes undefeated Brazilian Janaisa Morandin to the promotion. Frey challenged the aforementioned Hamasaki at Invicta FC 19, but lost by TKO after doctors stopped the bout due to a cut. Morandin has reeled off nine straight wins in her home country, including five by way of strikes.

Additional bouts for the event are expected to be revealed in the coming weeks.