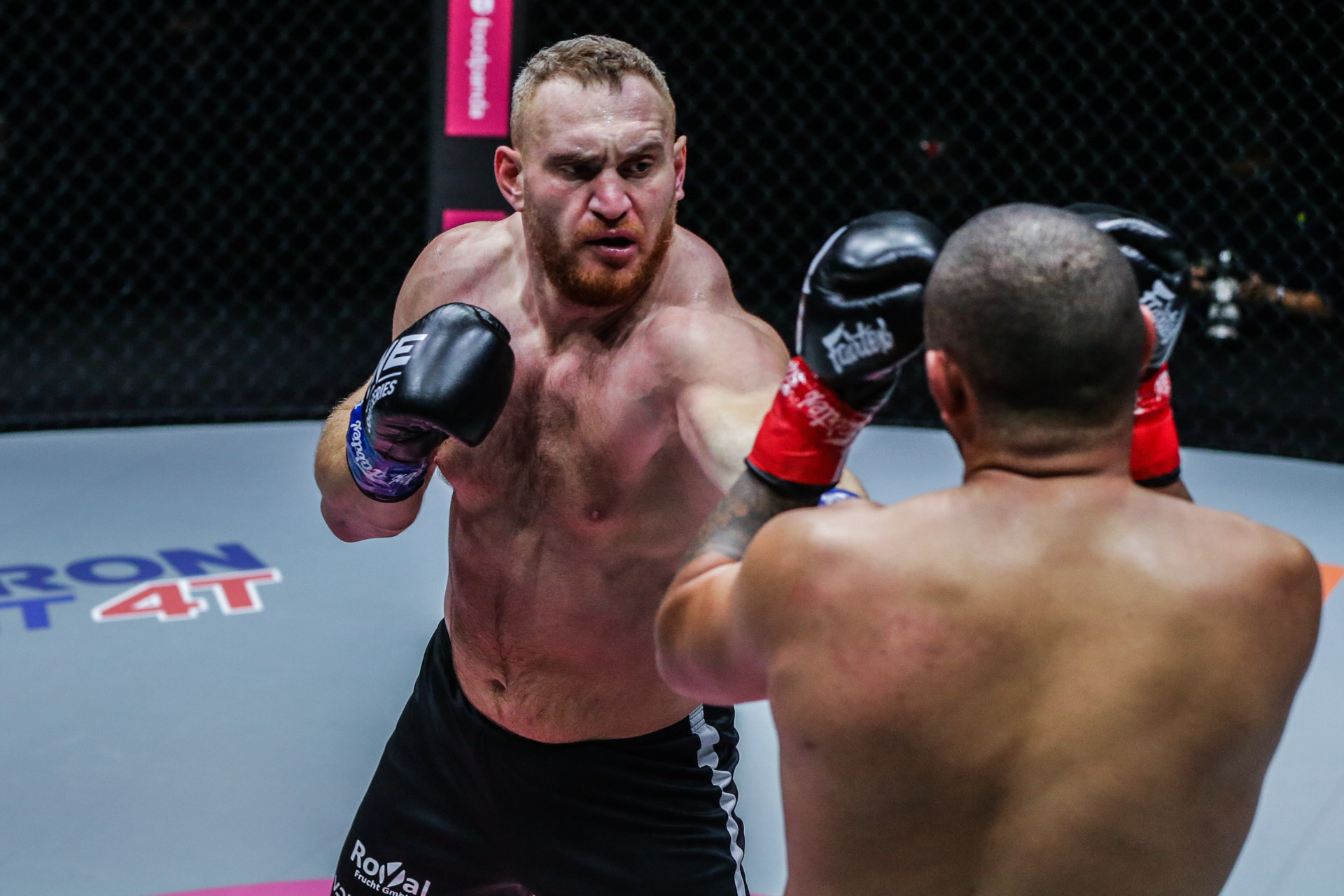 Does Murat Aygun Have a Chance to Beat Roman Kryklia?

It’s no secret that Murat “The Butcher” Aygun is a veritable monster in the kickboxing ring. Since making his pro debut in July 2014, the Dutch-Turkish big man has gone 17-1, picking up five titles along the way. His first title came in K-1, back in May 2016, when he won the ISKA world heavyweight title. He would go on to win three more belts, before winning the World Fighting League heavyweight tournament in 2018. His sole loss came against James McSweeney two years ago when their fight was stopped after a cut suffered by Aygun in the second round.

The 33-year-old Aygun made his ONE Championship debut a year ago, when he faced longtime Brazilian kickboxing veteran Anderson Silva at ONE Championship: Big Bang. Aygun picked up a decision win, which set him up to face light heavyweight champ Roman Kryklia for the title in October. However, Aygun was pulled from the bout, Kryklia was scheduled to face Iraj Azizpour for the inaugural heavyweight title, and Kryklia had to subsequently pull out.

On Friday, Jan. 14, Kryklia and Aygun will finally face off in the co-main event of ONE Championship: Heavy Hitters. Aygun will attempt to capture the title in Kryklia’s second title defense. However, fighting the Ukranian champ is no walk in the park.

Three years the younger, Kryklia has over three times as many pro fights as Aygun. He has been fighting all over Europe and Asia since Oct. 2012, and has held or fought for titles in nearly a dozen different promotions, including picking up K-1 and WAKO world titles.

After beating the aforementioned Azizpour to win the Kunlun Fight Super Heavyweight Tournament in early 2019, Kryklia signed with ONE Championship. He picked up the inaugural light heavyweight strap after stopping Tarik Khbabez at ONE Championship: Age of Dragons two years ago. He made his first title defense in Dec. 2020, besting Andrei Stoica in a three-round affair. He will be more than ready to finally face Aygun.

Both Aygun and Kryklia are hard-hitting kickboxers, which likely goes without saying considering they have both been competing in the light heavyweight and heavyweight divisions for their entire careers. However, there are a few glaring differences.

First, on paper, Kryklia has a much higher knockout rate. In 53 pro fights, he has finished 24 opponents, which is just over 45 percent. Aygun, on the other hand, has stopped six of 18 foes. Aygun is a big, thick guy, and he does pack some power, but his lower knockout rate could be due to his height and reach.

The second difference, that will become very apparent when they face off, is their sizes. Aygun stands at six-feet-one-inch tall, but his Ukranian counterpart will tower five-and-a-half inches taller. This will not be the first time the champ has faced a shorter foe, but for Aygun, Kryklia will be his tallest opponent in recent years.

The final difference in this title showdown is the most obvious one – experience. While Aygun has picked up a handful of titles, and his only loss was by doctor stoppage, he has nowhere near the level of experience that Kryklia has. Kryklia has fought for two more years, and a lot more often. While experience does not guarantee a win, it definitely gives the champ the advantage, especially since he is slightly younger.

The fact is, Aygun has a tough fight ahead of him – the toughest of his career. Does he have a chance to win? Sure. In the fight game, anyone has a chance, especially a puncher’s chance. And, while Aygun does train in a traditional Dutch-style kickboxing environment, the Muay Thai style of Kryklia has fared well for him on the kickboxing stage.

On Jan. 14, two badass kickboxers are going to face off for the ONE light heavyweight title. It will be a super exciting fight for fans to watch, but it is tough to picture a road to victory for Aygun. Kryklia will likely retain his title in an exciting display.