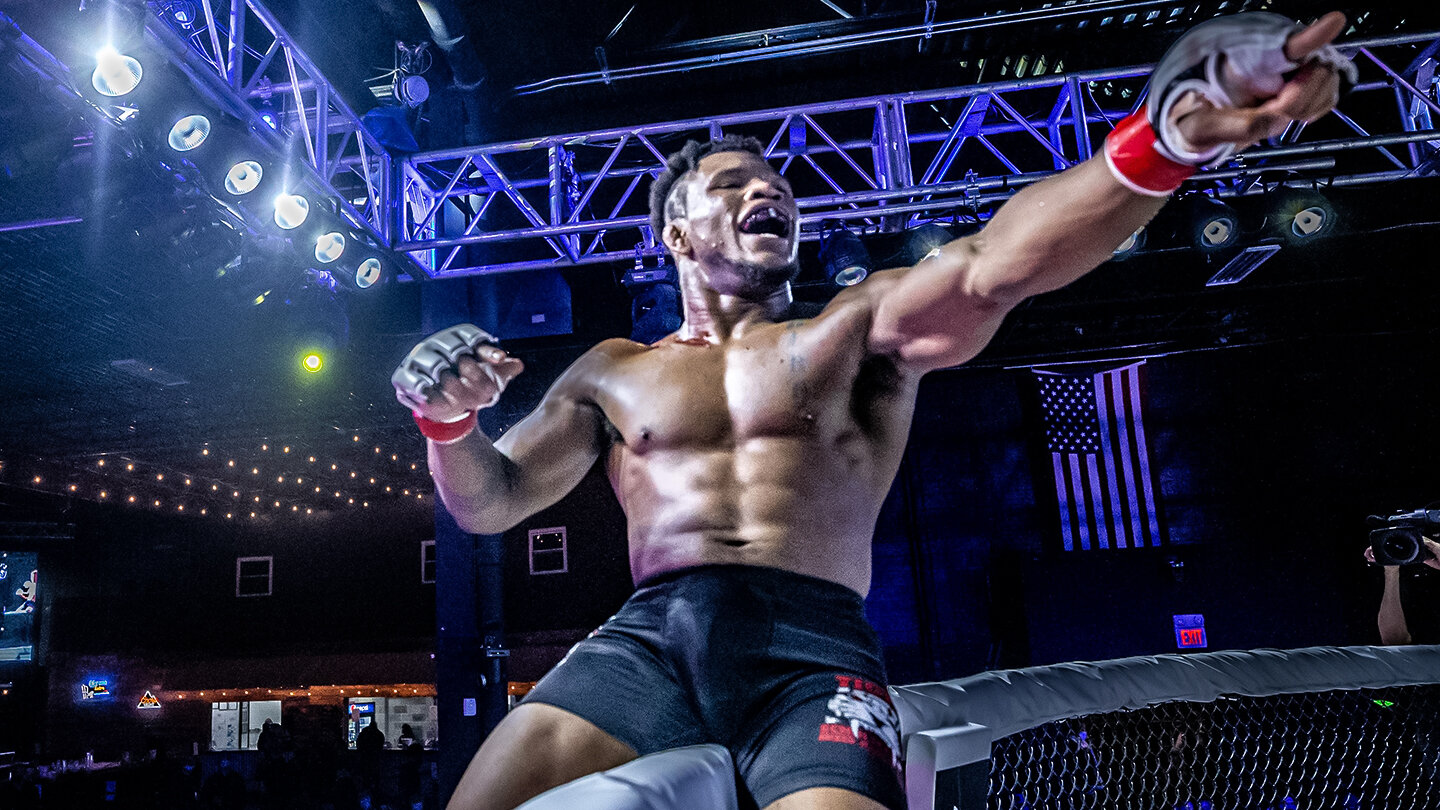 The show, which continues on its home on ESPN+, aims to give top prospects a chance to impress the UFC brass in an attempt to earn a contract with the company. The show’s eighth episode of the new season takes place on Oct. 19 and streams live at 8 p.m. ET.

It’s hard not to call Caio Borralho the top fighter on the episode, seeing what he did to Aaron Jeffrey just a couple weeks ago. Borralho, who is a physical specimen and well-rounded, showed in that fight that he is clearly ready for the next level, regardless if Dana White disagreed or not. Jeffrey was considered a top prospect on that episode, and Borralho won pretty clearly. Obviously, White wasn’t a huge fan of the performance, but he clearly couldn’t deny that Borralho is a great fighter, giving him one more shot on the Contender Series. He takes on Jesse Murray, an LFA vet who will bring the fight to him. A win gets Borralho in the company.

Non-stop action: that is the only way to describe the main event between Solomon Renfro and Jonny Parsons. There is a reason the UFC put this fight in the main offering. Renfro is a head-hunting knockout artist who is aggressive and goes for the kill. His only career loss comes to Contender Series main eventer-turned-UFC signee Mike Malott. Parsons is another kill-or-be-killed fighter that will also looks to knock the block off whoever stands across from him. There is little chance this makes it to the judges.

If not for a shoulder injury against Glyan Alves, Pedro Falcão had not seen defeat since 2015. Since then, the Nova Uniao rep has been winning and doing so in impressive fashion. The Shooto Brazil vet has been beating very experienced opponents in his last five fights, including two impressive first-round finishes. He scored wins over Jonas dos Santos (22-10-1), Ricardo Sattelmayer (15-18), Mauricio Machado (21-12), Iliarde Santos (32-13-1) and Jairo Soares (17-11). With that in mind, it’s crazy that Falcão is such a little-known prospect. He’s definitely a guy to watch for come fight night, despite fighting a tough opponent like James Barnes.

It’s hard to call a fighter who is 10-0 a “long shot,” but on this episode, Kaloyan Kolev looks to be just that among this group of talented fighters. The Bulgarian has spent his career fighting on the European regional scene, where he has mostly fought cans. His best win comes over a 25-10-1 fighter, who he beat by decision. Otherwise, his other nine opponents have a combined record of 9-16, with four of those opponents having 0-0 records. He has a tough task ahead of him as well in Armen Petrosyan, who is a big-time striker with better experienced opponents on his resume.

Hard to deny Borralho a contract with two season wins. Renfro wins in a barn burner and earns his. Petrosyan finishes Kolev to wow the bosses. Rodriguez is the LFA champ, and that accolade scores her a deal. Falcão proves he is UFC ready with a win over a respected regional veteran.