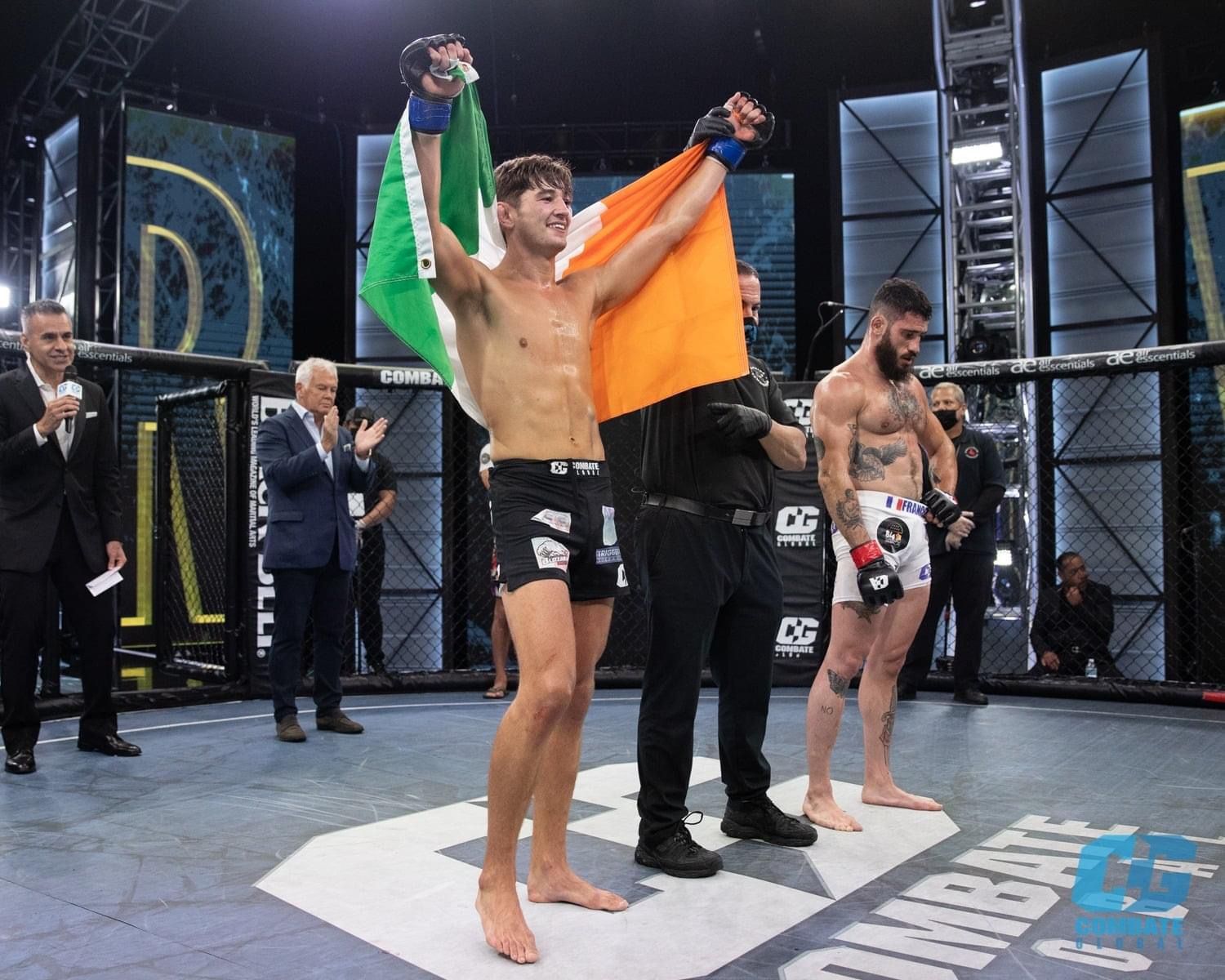 On Sunday, Aug. 1, Combate Global again touched down in Miami. The promotion hosted a one-night, four-man tournament in the lightweight division. For the first time in the history of the promotion, all the fighters were European. The semifinals were just one-round contests, with the final being a three-round bout. The winner joined the Copa Combate, an eight-man tournament with a $100,000 prize for the winner.

It was Ireland’s Patrick Lehane who came out on top of the tournament. “The Leech” now will represent Europe in Copa Combate later this year. The SBG Cork fighter was making his pro debut in the tournament after going 6-8 with three knockouts and one submission as an amateur. He is a former member of Irish IMMAF national team. In the semifinals, Lehane defeated Spanish black belt Sebastian Santana Guedes by decision. Then won by first-round TKO against Frenchman Maxime “L’Animaux” Giacalone.

Giacalone had made the final by submitting Italian Gianluca “Django” Rocca with a rear-naked choke in the semifinals. In the tournament reserve bout, Bellator and Legacy veteran Tommy Aaron won a unanimous decision over Jean Marc Howell.