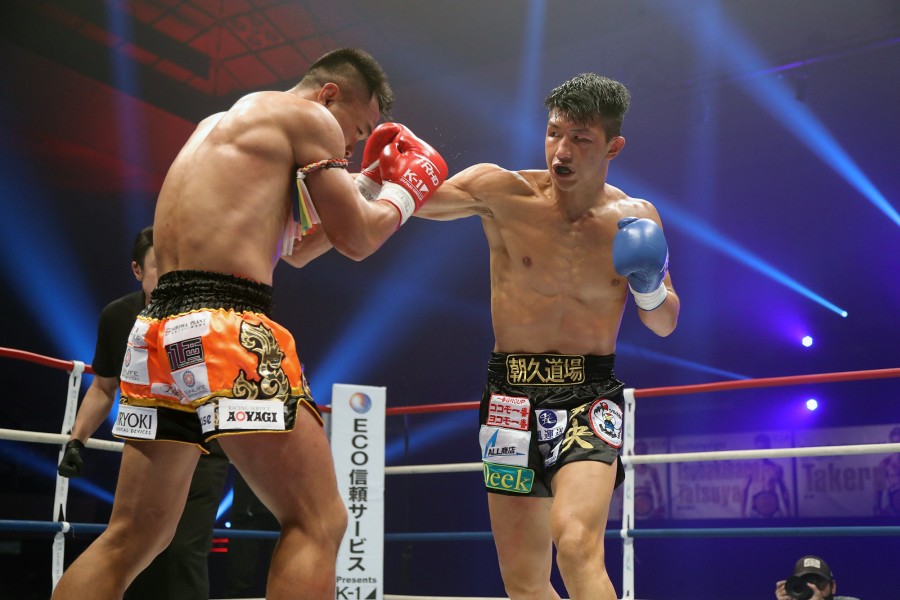 Dropped from the rankings: Guto Inocente (4)

Former GLORY title challenger Guto Inocente drops from the heavyweight rankings. The UFC veteran has compiled a record of 3-2 since returning to mixed martial arts in late 2019. His future in kickboxing remains up in the air despite fulfilling his four-year WAKO suspension for performance-enhancing drugs. In his place enters former K-1 heavyweight champion Antonio Plazibat. He has victories in four of his past five fights with wins over former Enfusion champion Jahfarr Wilnis and GLORY veterans Nordine Mahieddine, Tomáš Možný and Michal Turynski.

Fourth-ranked Rukiya Anpo bounced back from losing his K-1 65-kilogram world title with a dominant victory over Koki at 67.5-kilograms in under one minute of action at K-1 World GP 2021: Fukouka. Despite the fight taking place up in weight, Rukiya will remain ranked at featherweight until he fights a second time in K-1’s welterweight division.

Dropped from the rankings: Ilias Ennahachi (4)

The division features two major changes during the month of July. The biggest movement comes from ONE Championship titleholder Ilias Ennahachi dropping to the bantamweight division after realigning the weight classes at the bottom of the rankings. With the addition of the strawweight division, the rest of the divisions were changed to tie in every promotion around the world.

Taio Asahisa cemented his place as the best super bantamweight in the world with an extension-round split decision over champion Konnapar Weerasakreck at K-1 World GP 2021 Japan: Fukouka. Former K-1 champion Koya Urabe earned his third straight win with a unanimous-decision victory over former two-time Krush title challenger Fumiya Osawa to slowly creep up the rankings where he was once the top-ranked competitor. Finally, Shuji Kawarada makes his debut in the top-10 following an unanimous-decision victory over former Big Bang super lightweight champion Shoya at Krush 127.

The addition of the strawweight division opened the door to change some of the divisions upper weight limits to accommodate the fighters on a larger scale across the globe. The bantamweight division changed from 61-kilograms to 61.2-kilograms to reflect the ONE Championship flyweight division. The change sees Ilias Ennahachi debut in the bantamweight rankings at fifth in the rankings. No fighters were in action during the month of July, so the only change in the ranking is that Zhao Chongyang drops into a tie for 10th with Tatsuya Oiwa.

Dropped from the rankings: Tatsuki Shinotsuka (10)

The super flyweight division featured a number of changes with multiple top-10 fighters in action during the month of July. RISE featherweight champion Masahide Kudo moved up four spots following his title defense against Big Bang titleholder Masaki Takeuchi at RISE 151. Kudo scored three knockdowns in the first round to earn his third consecutive victory and push formerly fifth-ranked Takeuchi down three spots in the rankings.

Ninteen-year-old prospect Kaito earned a hard-fought, split-decision victory over formerly sixth-ranked Keisuke Monguchi at RISE World Series Osaka. Kaito makes his debut in the top 10 on the back of three wins in four bouts with his lone loss coming against DEEP Kick champ Taiki Sawatani. Monguchi drops down to 10th in the rankings following his second career loss in 12 pro bouts.

The newly formed strawweight division features a number of familiar names and a few newcomers to the rankings. Top-ranked strawweight Kazuki Osaki cemented his place at the top of the division in July. Osaki won an incredible fight with decorated Muay Thai belt holder Issei Ishii in the main event of RISE World Series 2021: Osaka during the opening round of the RISE 53-kilogram eight-man tournament. Osaki extended his winning streak to 12 following the hard-fought victory and holds wins over four of the nine fighters that comprise the rest of the top 10.

Fourth-ranked Jin Mandokoro continued his four-fight winning streak with an unanimous-decision victory over former RISE titleholder Toki Tamaru to move onto the semifinals of the tournament. In at fifth place is the recent K-1 53-kilogram tournamanet champion Toma Kuroda, who scored three victories in one night. Sixth-ranked Kazuki Miburo came up short in the tournament. However, the 19-year-old has won 11 of his 12 pro fights and holds victories over former Krush champions Begin Yoshioka (albiet due to a failed weight cut) and Koki.

BOM bantamweight champion Koki Osaki has won eight of his past nine bouts and debuts at seventh following a decision victory over Azusa Kaneko. Former RISE champ Toki Tamaru makes his debut at eighth following his opening-round loss against Jin Mandokoro. Team TEPPEN’s Kazane makes his debut in the rankings at ninth despite a controversial decision victory over Mutsuki Ebata in the opening round of the RISE world series. Finally, Shooto 54-kilogram tournament champion Ryoga Terayama makes his debut at No. 10.

Dropped from the rankings: Masashi Kumura (10)

Following his victory over Issei Ishii, RISE 53-kilogram titleholder Kazuki Osaki makes his debut in the pound-for-pound rankings on the back of his tremendous resume.