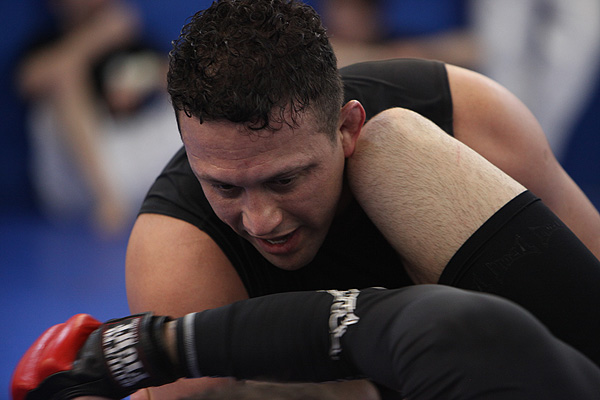 On Saturday, Metamoris returns with the fifth edition of its Brazilian Jiu-Jitsu matches, and this looks to be the promotion’s best offering yet.

For those of you who are wondering what Metamoris is, it is the brainchild of Ralek Gracie. Ralek is the son of Rorion and the nephew of the great Royce Gracie. In 2011, Ralek had the idea of putting the showmanship of a mixed martial arts event and the art of a Brazilian Jiu-Jitsu match together. On Oct. 14, 2012, he produced his first Metamoris card. There were six matches featuring some of the world’s best in competition jiu-jitsu.

The thing about Metamoris that separates it from its counterparts in competition jiu-jitsu is that it is not a points-based system. There are three outcomes to a match at Metamoris: 1) You win by submitting your opponent; 2) Your opponent submits you to win; or 3) There is a time-limit draw.

In Metamoris, the matches are a maximum of 20 minutes long, a stipulation put into place to make it a viewer-friendly event.

In Saturday night’s main event, two legends of the mixed martial arts world, Kazushi Sakuraba and Renzo Gracie, look to rekindle an old rivalry that dates back to the late ’90s when Sakuraba was able to defeat Renzo’s uncle, Royler, at Pride 8 on Nov. 21, 1999. Over the past 15 years, Sakuraba holds a record of 4-1 in mixed martial arts matches against the Gracie family. Oddly enough, the Japanese star’s lone loss to a Gracie came at the hands of Metamoris founder Ralek at Dream 14 on May 29, 2010. Ralek was able to defeat Sakuraba by unanimous decision.

Sakuraba’s background comes in the way of catch wrestling. In the past, he has been able to show that he has the skills and expertise to neutralize a Gracie offense. Sakuraba was able to use great balance, along with his own ability to get the takedown, to frustrate multiple Gracie family members, including his upcoming opponent, Renzo.

Today, Renzo is known worldwide as one of the most knowledgeable experts when it comes to Brazilian Jiu-Jitsu for MMA. He has taught the likes of Georges St-Pierre, Matt Serra, Roy Nelson and a multitude of others who have had success in mixed martial arts.

The history between Sakuraba and Renzo is well documented. At Pride 10 on Aug. 27, 2000, Sakuraba and Renzo fought in one of the more entertaining bouts that Pride was able to put together. That night, Renzo brought into the ring a different style of Gracie fighting that most of the world was not accustomed to. Renzo was able to seamlessly put together a mix of striking and grappling, along with pressure, to confuse Sakuraba. Halfway through the first round, Sakuraba was able to figure out Renzo, and with under two minutes in the second round, Sakuraba was able to get the submission win over Renzo with a kimura that ultimately broke the famous Gracie’s elbow.

MacDonald last appeared at UFC Fight Night: MacDonald vs. Saffiedine on Oct. 4. That night, MacDonald was able to secure the win over the former Strikeforce welterweight champion by TKO in the third round. The finish produced a performance bonus for the No. 1 contender.

Torres, perhaps one of the best American practitioners of Brazilian Jiu-Jitsu, last competed at the World Jiu-Jitsu Championships, where he finished with a silver medal in the lightweight division. Torres made his last appearance for Metamoris at Metamoris 2, where he took top-ranked Victor Estima to a time-limit draw.

Just like its cousin of mixed martial arts, Metamoris has seen the injury bug turn into a problem when putting a card together. On Monday’s edition of The MMA Hour, Ralek announced that Kevin Casey, who was scheduled to face Vinny Magalhaes, had to withdraw from the show after undergoing emergency surgery for a blood clot in his calf.

After the announcement of Casey’s withdrawal, Ralek announced an open invitation for any black belt in jiu-jitsu, judo or combat sambo to contact Metamoris to fill in as a replacement for Casey. Magalhaes has agreed to take a match with anyone—at any weight class.

Metamoris also announced that if this mystery opponent is able to submit Magalhaes, that person will be awarded a check for $10,000. If the person gets submitted or the match is a draw, there will be no pay out. The deadline to apply passed on Tuesday at 10 p.m. PT.