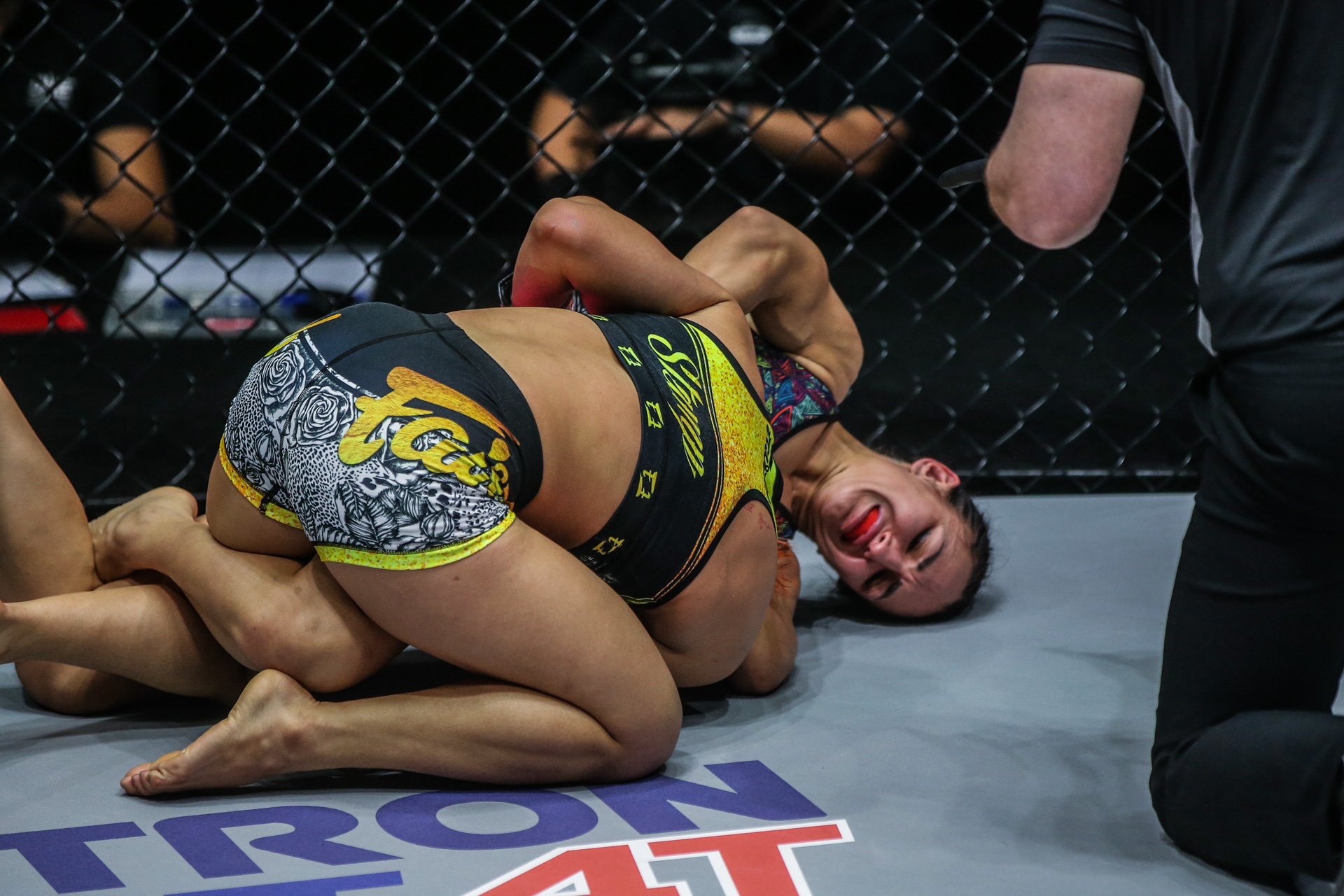 In the night’s main event, Thailand’s Stamp Fairtex looked to build toward a treble of title bets when she met Alyona Rassohyna in MMA competition. Stamp had gone undefeated through five opponents in her MMA campaign. Only two of those foes come even close to half the experience that Ukraine’s Rassohyna carried into the cage this weekend in Singapore. The 16-fight veteran is a skilled grappler, too. These two factors combined for a shocking late finish by the Ukrainian. Stamp clearly tapped with less than 15 seconds left in the fight, but the striker then protested the stoppage.

Stamp and Rassohyna topped a six-fight bill that featured only MMA action. The lineup also included such notables as Shoko Sato and Ryuto Sawada. Sato dropped a decision in a bantamweight encounter against Tiger Muay Thai’s Fabricio Andrade. Meanwhile, Sawada was able to submit Robin Catalan in a pivotal strawweight affair.

The tape-delayed event streamed on the ONE app and ONE’s YouTube channel at 7:30 a.m. ET. American fight fans could find the tape-delayed broadcast on the B/R Live streaming platform. The full results can be found below.