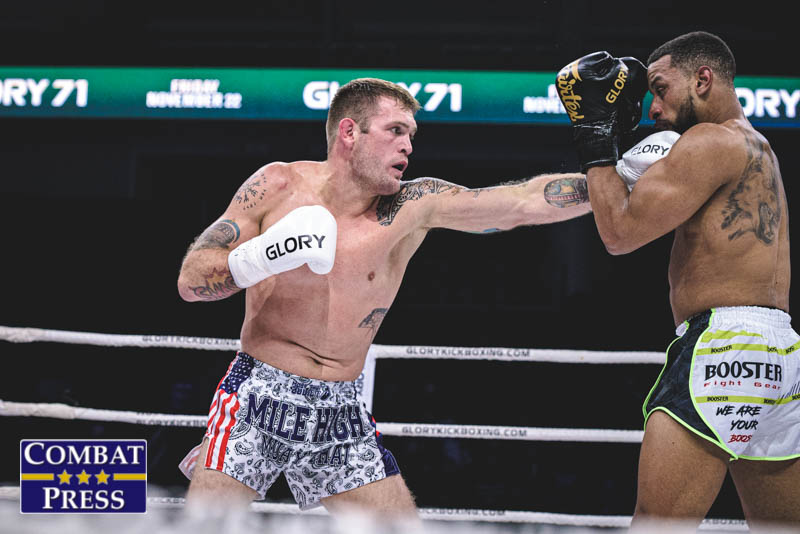 Of all the combat sports in history, there is one in particular that is exceptionally brutal. This is due to some intense rules. Lethwei, which started in Burma, is a fighting art that goes all the way back beyond the second century BCE. Affectionately known as “The Art of 9 Limbs,” it takes Muay Thai a step further by allowing headbutts in addition to all possible kicks, punches, knees and elbows. It is also a bare-knuckle event.

Modern Lethwei started arising in the mid-1990s. Even then, MMA, which is relatively tame compared to Lethwei, was still being coined as “human cockfighting.” It wasn’t until about five years ago that Lethwei started to come into the limelight on the heels of the rebirth of bare-knuckle boxing and increased global interest in kickboxing. In 2017, the newly formed World Lethwei Championship put on its first event.

Colorado-based Sparta Combat League CEO Jeff Cisneros put on the first-ever sanctioned Lethwei bout as the headliner of Sparta Wyoming 3 in September 2020. The combatants were longtime MMA veteran and 1-0 bare-knuckle boxer Estevan Payan and MMA and GLORY veteran Lowrant-T Nelson. It was the professional Lethwei debut for both fighters.

“I’d watched the Lethwei World Championships on UFC Fight Pass,” Nelson told Combat Press. “I’ve always been intrigued and wanted to do that — the bare-knuckle game. Jeff just offered me a bare-knuckle MMA fight. About a week later, he texted me and asked if I’d rather do Lethwei or bare-knuckle MMA. Lethwei was on my bucket list, so I told him [I would] do that Lethwei fight.”

Nelson has been a mainstay in the Colorado fight scene since 2011. He has trained at several gyms in the Denver area, but currently resides primarily at fellow fighting veteran Justin Houghton’s Pound 4 Pound Fitness in Lakewood. Houghton is an accomplished kickboxer in his own right, and he is also one of the top striking coaches in the area. Nelson was honored to put on the first sanctioned Lethwei bout in the country.

“It was an awesome fight,” Nelson said. “It was one of the most fun fights I’ve ever had in my life. It was a little weird going into the back without gloves on to hit pads, but as soon as I cracked the pads, I was like, ‘Oh yeah, this is my home.’ I love it.

“I told Jeff I would love to get some more Lethwei fights. I wanted to fight Dave Leduc. So, whenever he wants to take the fight with me, I’d love that.”

Leduc is the world’s top Lethwei superstar. He’s currently the WLC cruiserweight kingpin and the openweight Lethwei world champion. When Sparta put on its first Lethwei event in November, Leduc served as the headliner and beat Cyrus Washington by TKO to become the first-ever Sparta International Lethwei champion and also defend his openweight belt. Nelson, who was coming off his own win over Payan, was watching closely. Nelson was still very excited about his own bout two months prior.

“I had a lot of fun,” Nelson admitted. “It was a good experience. I had a great energy going into it. Everything just flowed together. I threw a couple head butts that I’ve never thrown before, so that was a little weird.

In December, Nelson was approached by Lion Fight Productions, one of the top Muay Thai organizations in the world. The company hadn’t put on an event since Lion Fight 62 in March 2020, but it is now set to return on Friday, Feb. 12, in Wyoming with Lion Fight 63. The promotion wanted Nelson on the roster.

“They said they’ve got some good fights this year,” Nelson said. “They’re even thinking about going over to Italy. If I do well in this fight, they’ll think about taking me over to Italy.”

For his Lion Fight debut, Nelson faces Brazil’s Washington Luiz Dos Santos. Dos Santos is a 39-year-old southpaw with pro experience in boxing and Muay Thai. He has a one-inch height advantage over Nelson.

“I’ve seen him fight,” said Nelson. “He’s got good technique. He’s taller and a little bit longer than me. I’ve been waiting for this one. I think my pressure and my base is going to do well for this fight. And my movement, too. I feel like he has a more traditional style, where they don’t move as much. Traditional Muay Thai guys don’t move as much and take as many angles. He’s long, and he uses his reach well. He’s game to fight, and I’m excited.”

In addition to his training under Houghton, Nelson’s sparring partners include Art Petrosyan, Chris Lockhart and Justin Moss. Houghton also recently brought in Clement Lacroix, a pro Muay Thai fighter out of France who recently moved to the Denver area.

Nelson’s current camp has been one of his best ever. It’s not just the coaches and training partners, but his own mentality that has contributed to this. A decade ago, Nelson was one of those guys who was at the gym but was not always all-in on his training unless he was in camp. In the last several years, he has had a paradigm shift. Nelson has taken his attitude toward his profession to the top level.

“These days, I mainly just grind every day,” Nelson said. “I hold a lot of pads. I teach classes. I train hard, and I just eat whatever I want on the weekends.

“Nowadays, I’m just always ready for a short-notice opportunity. I’m trying to improve during my off-time, instead of just waiting until I got a fight.”

In addition to his striking training, Nelson, who is 9-7 in MMA, also holds a purple belt in Brazilian Jiu-Jitsu under Professor Tony Basile at the 303 Training Center. While striking is where he has spent most of his recent fights, Nelson does plan to stay active in MMA as well.

“It’s all about the opportunities,” Nelson explained. “Houghton is also my manager. I told him I’m still down to do MMA. Whatever good opportunity comes up, let me have it.

“I’m a fighter, so I like to do a little bit of everything: boxing fight, kickboxing fight, Lethwei, whatever. I’ll go out there and put my heart on the line, always.”

On Friday night, Nelson’s heart will be on the line for the first time under the Lion Fight banner. After that, wrapped or unwrapped, Nelson’s knuckles will always be ready for the next scrap.