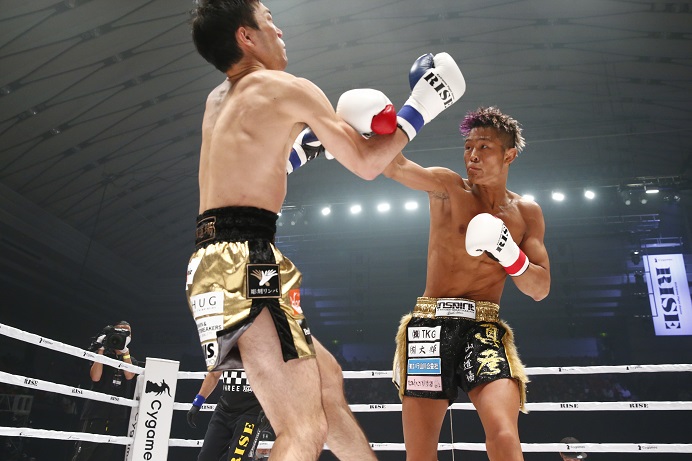 Now that 2020 is in the books, Combat Press is taking a look back at the best that the sport of kickboxing had to offer. Today, Combat Press will announce the last of its award winners across multiple categories, covering everything from the action in the ring to the biggest stories surrounding the sport.

Fight of the Year
Masahiko Suzuki vs. Rui Ebata

Every year, the honor for the best fight comes down to a few stellar clashes. Past years have featured the likes of the championship scrap between Takeru and Taiga, the battle of the Urabe brothers, and the non-stop, action-packed thriller between Nordin Ben Moh and Mohammed Jaraya.

This year was a slight anomaly. The COVID-19 pandemic affected the total amount of fights throughout the world. However, there were a number of excellent scraps in Japan under the K-1, Rizin and RISE banners. China’s Wu Lin Feng featured battles between the best of the best on Chinese soil, GLORY was able to produce multiple contenders in just two events, and ONE Championship had a few noteworthy fights.

There was Tenshin Nasukawa’s showdown with Kumandoi and Sitthichai Sitsongpeenong’s bout with Superbon Banchamek. Badr Hari and Benjamin Adegbuyi put on a back-and-forth war in the main event of one of the best events of the year. The 2020 Combat Press “Female Fighter of the Year” Hinata Terayama needed an extra round to get past the ever-tough Hinata Terayama in their tournament semifinal. All of these fights deserve recognition, but none can claim the honor of the best fight of the year.

That distinction instead goes to the technical war between RISE bantamweight champion Masahiko Suzuki and KNOCK OUT super-bantamweight titleholder Rui Ebata at RISE DEAD OR ALIVE 2020 Osaka.

Suzuki was riding an 18-fight winning streak when he tangled with the experienced Muay Thai specialist Ebata. The top-10 flyweight Suzuki put on a masterful performance and won the judges’ decision following three contentious rounds with the former Rajadamnern stadium title challenger. This excellent bout is well worth a watch if you haven’t already witnessed it.