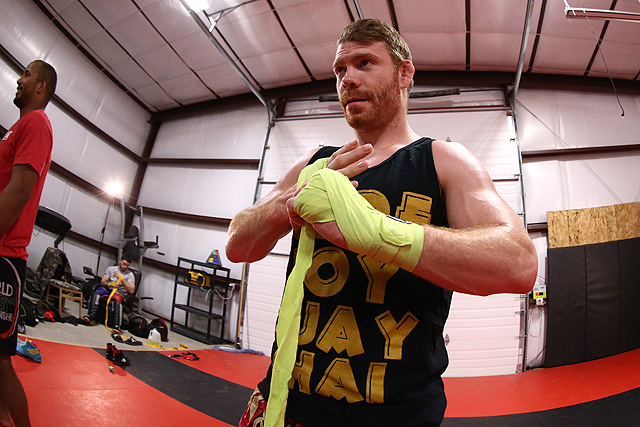 Fighters are most frequently the ones in the spotlight in MMA, and deservedly so. They are the athletes who put their bodies on the line in the name of competition, glory and fame, not to mention the enjoyment of millions of fans. However, MMA wouldn’t exist if it weren’t for the people behind the scenes.

Gym of the Year
City Kickboxing

Middleweight kingpin Israel Adesanya may not have had his most exciting performance in his first title defense, but his game plan stifled the ever-dangerous Yoel Romero for the entirety of their five-round contest in March. Adesanya put a stamp on his year with an emphatic second-round TKO over his bitter rival Paulo Costa where his precision striking was far too much for the brute strength of “The Eraser.”

In one of the most closely contested title fights of the year, Adesanya’s teammate Alexander Volkanovski outworked former champion Max Holloway to retain his belt, despite being at a considerable height disadvantage.

With these two champions retaining their titles, City Kickboxing more than deserves to be the Combat Press selection for the 2020 Gym of the Year.

Coach of the Year
Eugene Bareman

Of course, the man behind much of City Kickboxing’s success is worthy of his praise himself. The Combat Press selection for 2020 Coach of the Year goes to Eugene Bareman.

Not only did Bareman lead Adesanya and Volkanovski to their title defenses, but he is also a large part of the successful run of Dan “The Hangman” Hooker. While Hooker was on the wrong side of a decision against Dustin Poirier in one of the best fights of the year, the pre-fight plan and mid-fight adjustments of Bareman kept Hooker in the back-and-forth, 25-minute battle.

With his successful stable of fighters, Bareman puts the Oceania region firmly on the MMA map.

While fans have adjusted to hearing the sounds of MMA without a roaring audience, the commentary crew has proven to be an essential part of the viewing experience. This year, nobody excelled as part of the cageside team quite like Paul Felder, the Combat Press selection for 2020 Broadcast Analyst of the Year.

Felder is able to break down the action in a manner that is informative without bogging down the fan with overly technical jargon. He also brings just enough of his personality to the broadcast booth with him, jokingly counting groin strikes or sharing short personal stories without letting it interfere with the action inside the cage. While he is still a threat to anyone at the top of the lightweight division, “The Irish Dragon” has shown that there is no doubt he is an irreplaceable asset to the UFC both inside and outside the Octagon.

Executive of the Year
Dana White

The clear-cut choice for the Combat Press 2020 Executive of the Year is UFC President Dana White.

Throughout the sports world, the coronavirus (COVID-19) pandemic wreaked havoc on schedules. The UFC put on a full year’s worth of events despite having strict safety protocols and countless fights cancelled or rescheduled due to positive COVID tests.

It’s fair to say that in the beginning of the pandemic, White was perhaps too bullish on getting the promotion back up and running. In the end, he pushed through to put on events.