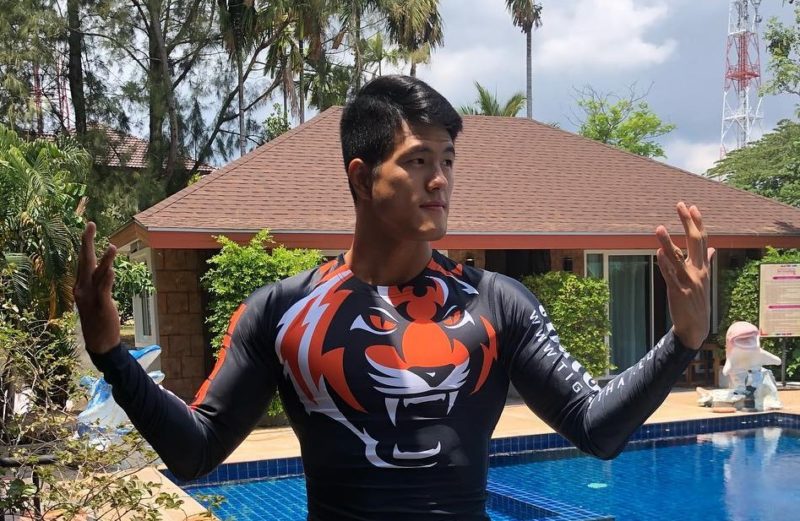 Sung Bin Jo is not the “Korean Zombie,” but that’s just fine with the 28-year-old featherweight mixed martial artist.

As the Zombie, Chan Sung Jung, was being dominated by Brian Ortega at UFC on ESPN+ 38 on Yas Island in Abu Dhabi, United Arab Emirates, on Saturday, Jo was in the gym preparing for his debut with the Professional Fighters League, whose 2021 season begins next April.

The “Korean Falcon” is 9-1 with a 100 percent finishing rate. His only loss came via decision to Daniel Teymur at UFC Fight Night 153 in Stockholm, Sweden, in June 2019.

While fighting under the bright lights of Las Vegas may have seemed just a dream when Jo was a kid growing up in Seoul, he now has the opportunity not only for personal glory, but to be a catalyst for up-and-coming Asian fighters to live their dreams in the top-tier, United States-based MMA organization.

“What I can say is that I will show people that more Asian fighters can succeed in the PFL,” Jo told Combat Press, noting that he is “also the first Korean fighter to be signed by the PFL, and I hope to be able to be successful as well. I want to be able to spread the pride of the Korean fighter.”

For the last two years, the PFL, formerly known as the World Series of Fighting, has made waves in the United States, competing head-to-head with other promotions such as the UFC and Bellator for top ranking.

What makes the PFL unique is its tournament format that features a regular season, playoffs and finals — much like major sporting leagues including the NFL and NBA — and a $1 million grand prize to each tournament winner.

This format has attracted a number of top stars, including former Bellator welterweight champion and UFC contender Rory “Red King” MacDonald, but also exciting newcomers such as Jo, a fighter from one of 25 countries (and growing) that are signed with the PFL.

This proves the point: to beat the UFC and become the world’s biggest promotion, there must be a strategy for global reach, such as PFL’s new OTT platform and mobile app, as well as partnerships with the Telesport Group in Russia, Eurosport in India, and the far-reaching WAVE.TV.

Yet arguably the biggest prize could come via its foray into Asia, perhaps the biggest MMA market in the world.

As the birthplace of martial arts, Asia has among the world’s largest MMA fan bases, led by Japan, the Philippines, China, Thailand, Indonesia, Malaysia, Singapore and Myanmar.

The PFL showed its intentions by recently signing Loren Mack as vice president for corporate communications. Mack lived 10 years in Asia, mostly as a senior executive with the Singapore-based ONE Championship MMA promotion.

He believes the PFL and Asia are a match made in heaven.

“The regular-season format is something that the fans in Asia can enjoy and relate to, and it gives them the chance to follow their favorite fighters from beginning to end,” Mack told Combat Press. “Apart from that, with the OTT platform, the mobile app, and the partnerships that we’ve secured in the last few months, fighters from Asia who get to compete in the PFL are truly given a global platform where they can shine.”

Adds PFL chief executive officer Peter Murray, “People from Asia are some of the biggest fight fans in the world, and it’s a no-brainer for us to go and build a following for ourselves over there. Almost all Asian countries have a rich martial-arts history, and with MMA, you get the best of all worlds in an exciting package.”