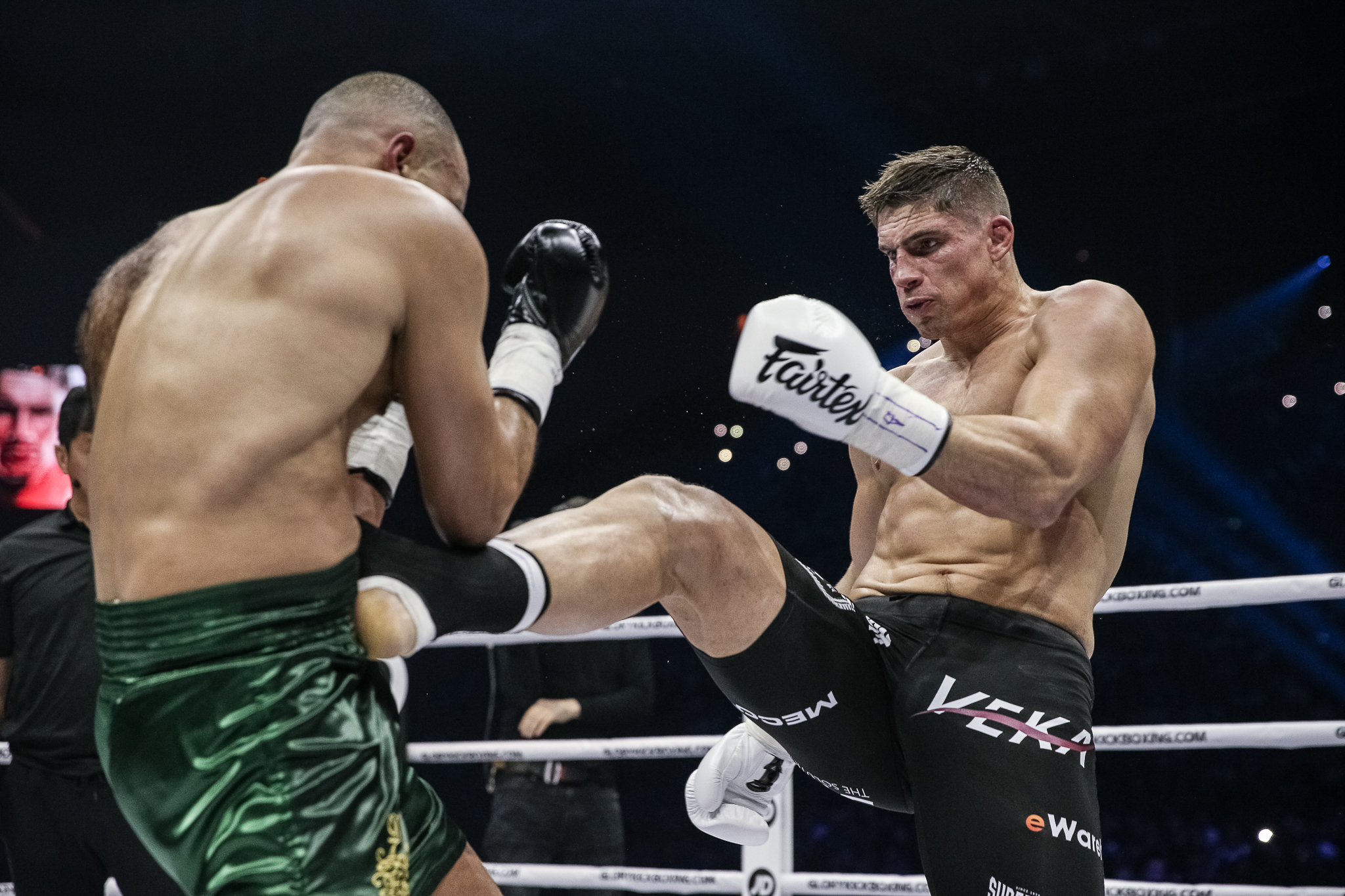 Ruslan Navshyrvanov October 10, 2020
Editor’s Note: Badr Hari has tested positive for COVID-19 and the scheduled GLORY 76 event on Nov. 7 has been postponed.

GLORY Kickboxing announced that it has started a media partnership with Spike Netherlands. The first broadcast in this partnership will be GLORY 76, which takes place on Nov. 7 in Rotterdam.

In the main fight of the evening, welterweight champion Cédric Doumbé defends his title against old rival Murthel Groenhart. However, the real ticket-seller is the co-main event, where the infamous Badr Hari fights Benjamin Adegbuyi. The event will be available on a pay-per-view basis for € 12.99 via the Spike and GLORY websites.

Doumbé, who regained the GLORY strap with a 2019 victory over Harut Grigorian and has since made once successful defense, had his previous reign atop the division brought to an end by Groenhart via split decision in a 2017 bout. Groenhart could not record a successful defense of his own after capturing the crown. Instead, he relinquished the title to the aforementioned Grigorian in his very next fight. The Dutch fighter earned this new title shot after claiming the interim title with a 2019 victory over Troy Jones.

Hari, the “Bad Boy” of the kickboxing world, has endure a recent rough patch. He sandwiched a no-contest in which he tested positive for performance-enhancing drugs in between two TKO losses by way of injury to Rico Verhoeven. Hari is in search of his first victory since 2015. He’ll have to get past Adegbuyi, who has won six of his last seven and could be poised to challenge Verhoeven if he can get past Hari in this title eliminator.

In addition, GLORY announced the next fight for Verhoeven. The heavyweight champion will face top contender Jamal Ben Saddik, who won an eight-man tournament in December 2018 and has awaited his title shot ever since. Verhoeven’s title defense against the Moroccan challenger will take place at an event planned for 2021 that will also be streamed via Spike on a pay-per-view basis. Other details will be released shortly after GLORY 76.