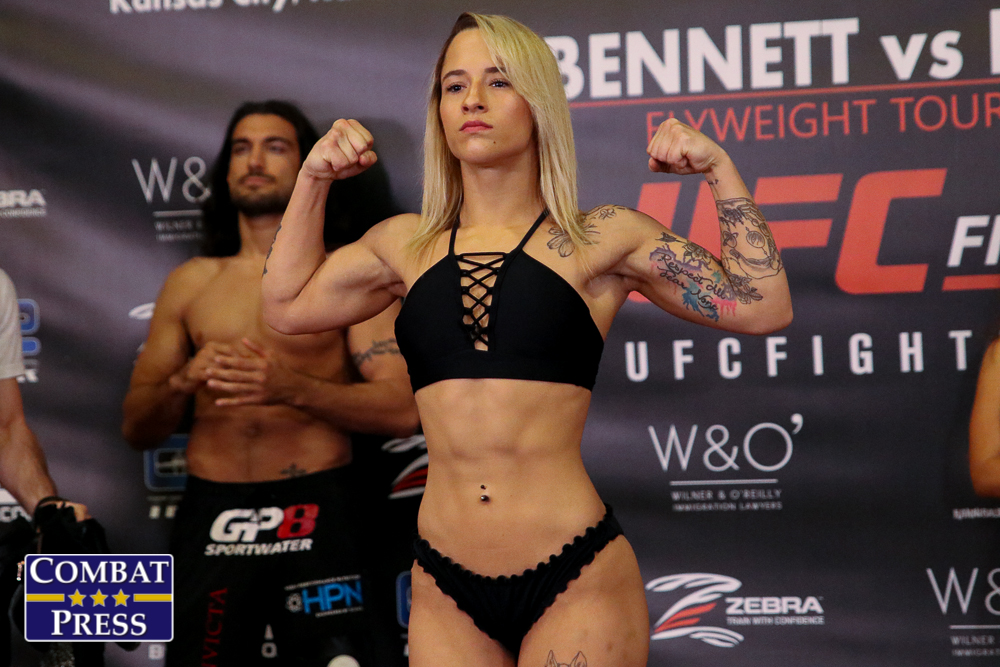 In the night’s main event, former title challenger Ashley Cummins gets a second shot at gold as she takes on world-class wrestler Alesha Zappitella for the vacant 105-pound belt. Cummins is an Invicta staple, debuting at the promotion’s inaugural event in April of 2012. She came up short against former atomweight champion Jinh Yu Frey in her last appearance. Michigan’s Zappitella has won four of her five Invicta bouts, including back-to-back wins over Lindsey VanZandt and Kelly D’Angelo to earn a shot at gold.

The co-main event will take place in the bantamweight division as Lisa Verzosa meets Raquel Canuto — née Pa’aluhi — in a match-up of former title challengers. Verzosa was last in action at Phoenix Rising 3 in March, engaging in a “Fight of the Year” battle with Julija Stoliarenko. Canuto returns to MMA action for the first time since Invicta FC 25 in 2017.

All of the action airs live on UFC Fight Pass beginning at 9 p.m. ET.

The fighters hit the scales on Wednesday, Sept. 16.

* – the bouts between Norton and Cloudy and Chieng and Hani were removed from the card due to positive COVID-19 test results. Chieng, however will remain on the card against Helen Peralta in a 120-pound catchweight.