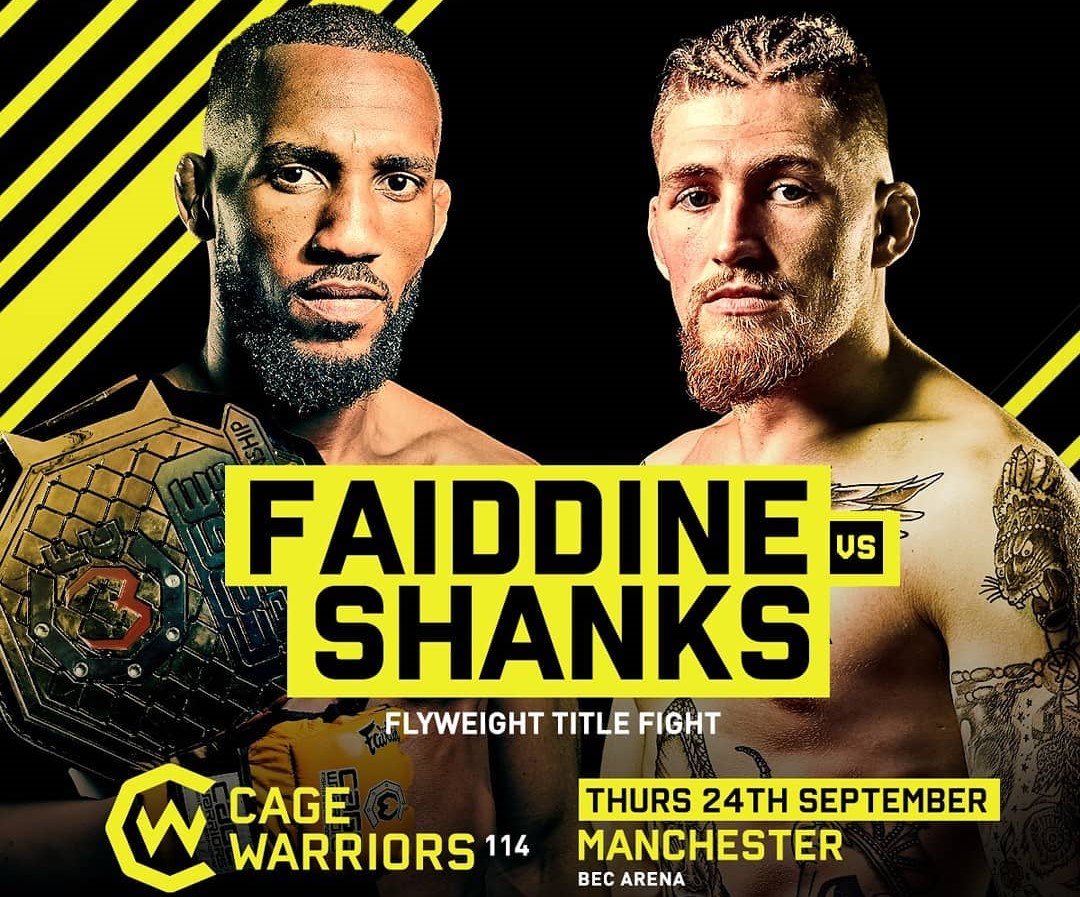 On Thursday, Sept. 24, Cage Warriors hosted the first of three straight events in as many days, beginning with its 114th event from the BEC Arena in Manchester, England.

In the night’s headliner, Samir Faiddine and Luke Shanks locked horns for the promotion’s flyweight belt.