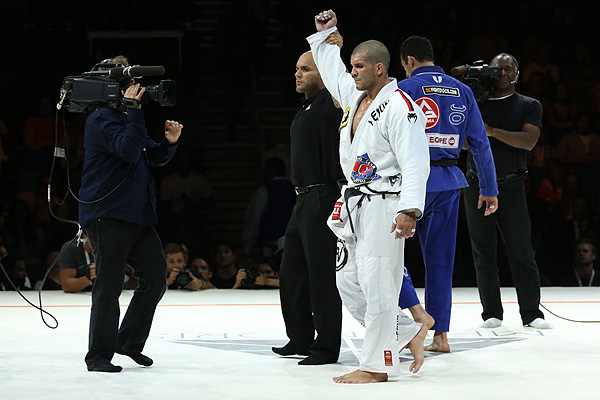 The year 2020 has thus far been marked by several UFC newcomers making their first or second appearances inside the Octagon with the intent of furthering their careers and climbing the ever-competitive UFC rankings in the hopes of one day holding UFC gold. Perhaps one of the more hyped and exciting fighters to follow going this year is Rodolfo Vieira, who returns to the Octagon on March 7 to face Saparbek Safarov.

Vieira is a Brazilian Jiu-Jitsu standout who has earned 16 gold medals since 2009 after receiving his black belt under BJJ legend Julio Caesar Pereira. Vieira is regarded as one of the most dominant heavyweight jiu-jitsu practitioners in the past several years. He utilizes his stellar cardio, incredible guard-passing abilities and significant strength advantage to dominate his opponents from start to finish.

The Brazilian boasts a grappling record of 100-9. He is well known for his intense yet respectful rivalry with fellow BJJ champion Marcus Almeida. Now, Vieira is looking to make his next splash, this time in the world of mixed martial arts.

The BJJ standout began his MMA career by compiling a 5-0 professional record before signing with the UFC. In his Octagon debut, Vieira defeated five-fight UFC veteran Oscar Piechota by submission via arm-triangle choke in the second round. He averaged 4.77 takedowns and 1.91 significant strikes per minute in his first UFC bout.

Vieira returns to the Octagon this weekend to face Safarov on the preliminary card of UFC 248. Safarov is 1-2 in his UFC campaign. The Russian is coming off a unanimous-decision win over Nicolae Negumereanu roughly one year ago at UFC on ESPN+ 5.

Vieira is currently a -750 favorite and will likely add another victory to his unblemished MMA record on Saturday night.

Vieira’s incredible BJJ background makes him a must-follow in 2020. Fans can only wait and see what this accomplished and experienced BJJ champion will bring to the Octagon as he embarks on a new chapter of his combat career.