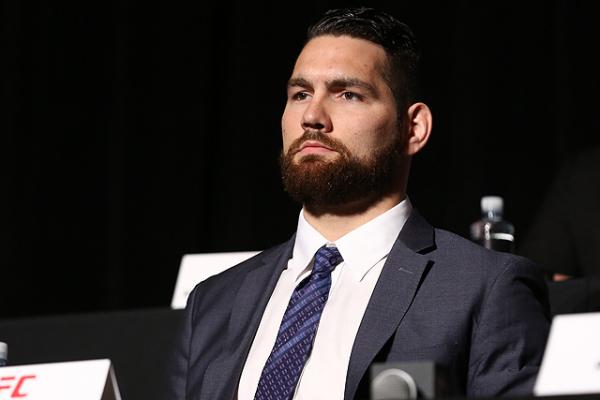 On Friday, Oct. 18, the UFC returns to Boston for its sixth event broadcast on the ESPN family of networks. The promotion touches down at the TD Garden.

In the night’s main event, former middleweight champion Chris Weidman makes his light heavyweight debut against surging contender Dominick Reyes. Weidman will be looking to right the ship after dropping four of his last five Octagon appearances, including a third-round knockout loss to Ronaldo “Jacare” Souza at UFC 230 last November. The undefeated Reyes has reeled off 11 straight victories to open his career, capped by five straight under the UFC banner. The 29-year-old most recently eked out a split decision over former title challenger Volkan Oezdemir.

The action kicks off at 6 p.m. ET with the preliminary card on ESPN 2. The night’s main card takes place at 9 p.m. ET, also on ESPN 2.

Above is video of the event’s post-fight press conference (courtesy of the UFC), which kicks off approximately 30 minutes after the main event between Reyes and Weidman.