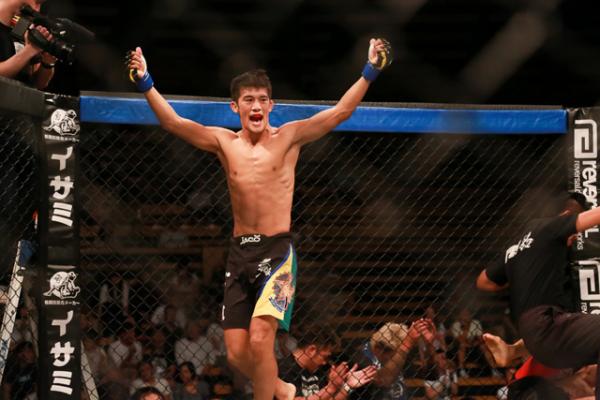 On Sunday, July 15, Shooto returned to the Korakuen Hall in Tokyo, Japan.

In the night’s main event, Shoko Sato defended his Shooto world title against Legacy FC veteran Tristan Grimsley. The Japanese champion made the first defense of his bantamweight strap following a loss to Yo Saito in non-title action earlier this year.