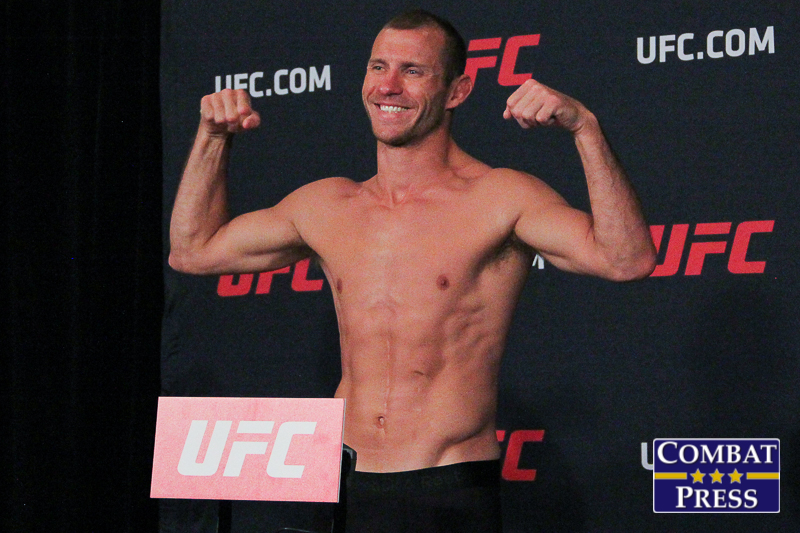 On Saturday, June 23, the UFC will host UFC Fight Night 132: Cowboy vs. Edwards from the Singapore Indoor Stadium in Singapore.

In the night’s main event, former lightweight title challenger Donald “Cowboy” Cerrone takes on England’s Leon Edwards in a welterweight match-up. The 35-year-old Cerrone snapped a three-fight skid in February, stopping Yancy Medeiros in the first round. Edwards, meanwhile, has won seven of his last eight Octagon appearances with his only loss coming against top contender Kamaru Usman.

The fighters hit the scales on Friday.