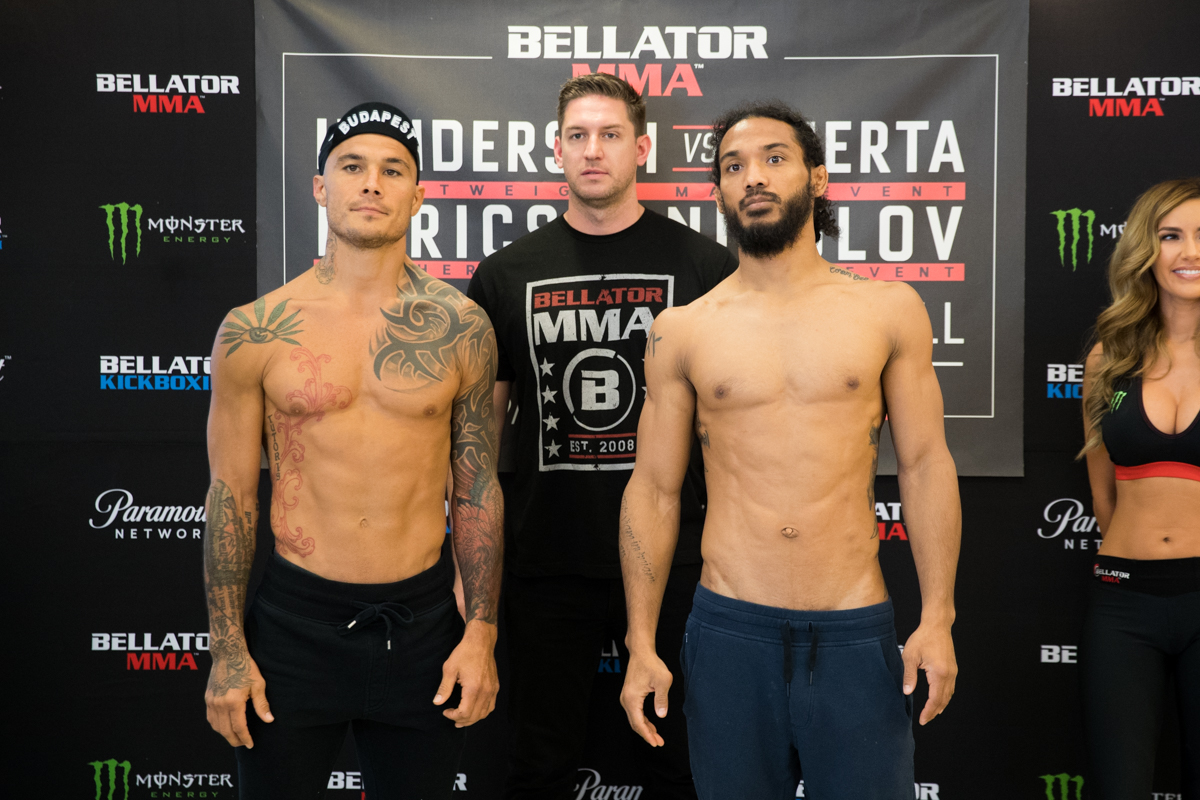 On Friday, April 6, Bellator MMA will host its 196th event from the BOK Hall in Budapest, Hungary. The event precedes Bellator Kickboxing 9 from the same venue.

In the night’s main event, former welterweight title challenger Benson Henderson takes on fellow UFC veteran Roger Huerta in a lightweight contest. Arizona’s Henderson has fallen on tough times since joining Bellator, losing three of his last four, including back-to-back decision losses to Patricky Freire and Michael Chandler. The 34-year-old Huerta returns to the promotion for the first time since 2010.

The night’s main card airs on tape-delay on the Paramount Network at 9 p.m. ET.

Below are the results of the event’s weigh-ins which took place Thursday, April 5.