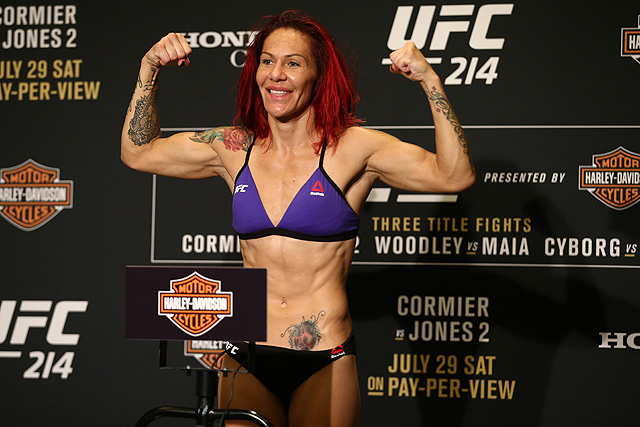 In the night’s main event, women’s featherweight champion Cristiane “Cyborg” Justino defends her title for the first time against former bantamweight champion Holly Holm. The Brazilian Justino has not tasted defeat since her MMA debut in 2005. During that stretch she has amassed 16 knockout victories, as well as titles in Invicta FC and Strikeforce. Holm, meanwhile, is an 18-time world champion boxer who famously dethroned Ronda Rousey at UFC 193. She would drop her next three bouts, including a UFC 208 bout against Germaine de Randamie for the belt that Cyborg holds. The New Mexico fighter got back in the win column with a violent finish of Bethe Correia in June.

The 10-fight event kicks off Saturday at 7:30 p.m. ET with one fight streaming on UFC Fight Pass. Four additional preliminary-card bouts follow at 8 p.m. ET on Fox Sports 1, with the five-fight main card airing live on pay-per-view at 10 p.m. ET.