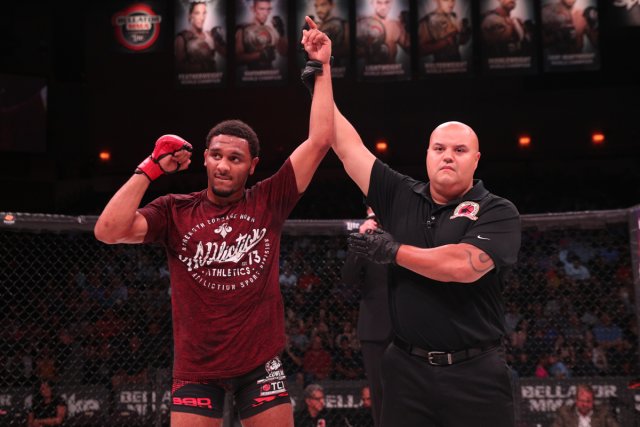 On Friday, Nov. 10, Bellator MMA hosted its 187th event from the 3Arena in Dublin, Ireland.

In the night’s main event, undefeated featherweight prospect A.J. McKee took on Irish veteran Brian Moore. The 22-year-old McKee had opened his career with nine straight wins, with all of them coming inside the Bellator cage. Moore, meanwhile, had competed for the likes of BAMMA and Cage Warriors prior to his current stint with Bellator. He had split his two appearances with the promotion.

The card airs at 9 p.m. ET via tape-delay on Spike TV.