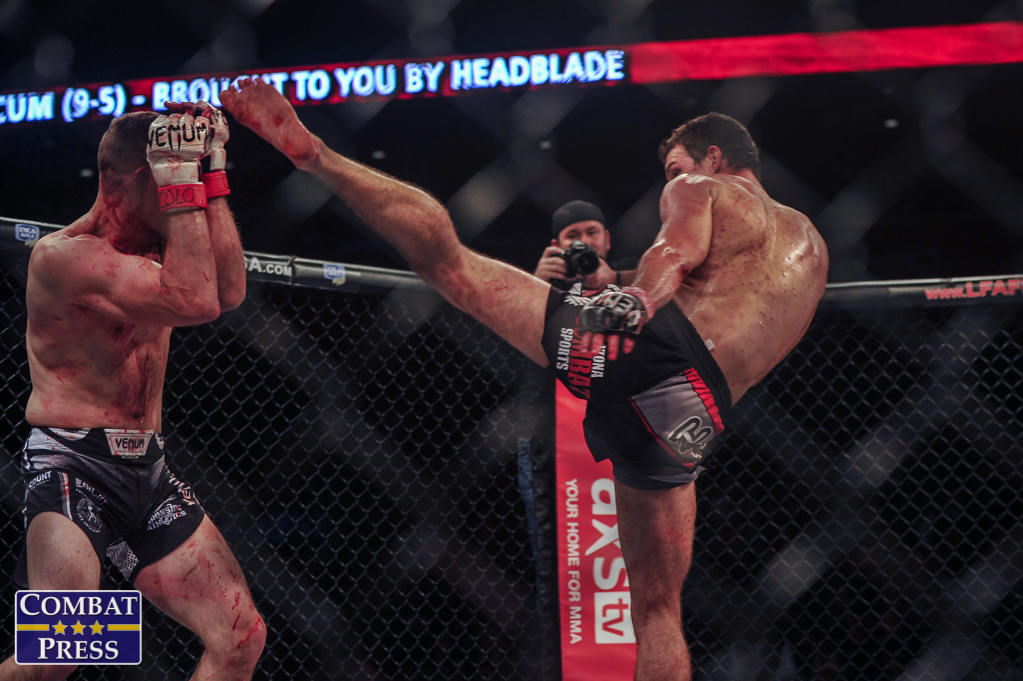 On Friday, Oct. 13, Legacy Fighting Alliance will host its 24th event from the Comerica Theatre in Phoenix.

In the night’s main event, Australian Matthew Frincu clashes with fellow welterweight Curtis Millender. The 24-year-old Frincu is a veteran of WSOF and KOTC and currently rides a four-fight winning streak. Millender, meanwhile, has made four appearances under the Bellator MMA banner and has also won four straight bouts.

Also on the card, grappling ace Mackenzie Dern puts her undefeated record on the line as she faces off with Mandy Polk in a flyweight match-up.

Above is video of the event’s weigh-ins which take place at 9 p.m. ET on Thursday. The results appear below.