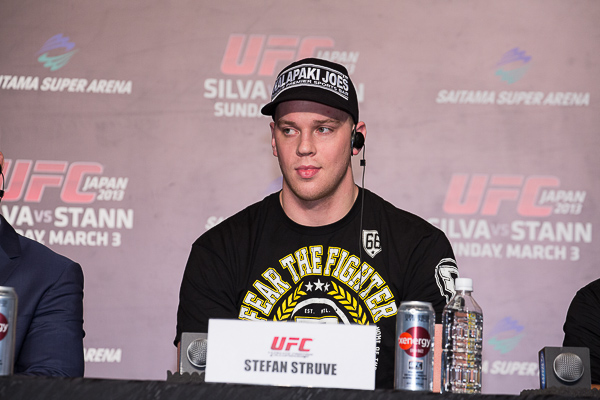 On Saturday, Sept. 2, the UFC will host UFC Fight Night 115: Volkov vs. Struve from the Ahoy Rotterdam in Rotterdam, Netherlands.

In the night’s main event, towering heavyweights collide as Russia’s Alexander Volkov takes on Dutchman Stefan Struve. The former Bellator MMA and M-1 champion Volkov enters the contest having won four straight bouts, including two straight inside the Octagon. He most recently defeated Roy Nelson at UFC on Fox 24 in April. Struve, meanwhile, has won three of four, but has yet to compete in 2017. He submitted Daniel Omielanczuk at UFC 204 in October of last year.

Above is live video of the event’s post-fight press conference which kicks off approximately 30 minutes after the main event between Volkov and Struve comes to a close (courtesy of the UFC).