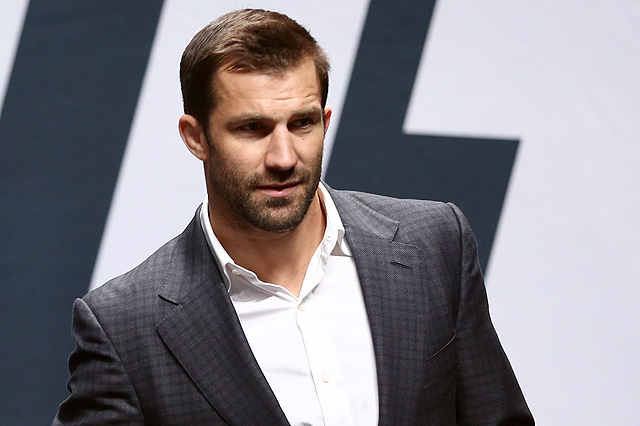 On Sept. 16, former Strikeforce and UFC middleweight champion Luke Rockhold made his first appearance in the Octagon in more than a year. In his return bout, Rockhold faced former World Series of Fighting middleweight and light heavyweight titleholder David Branch. After a rough start, where Rockhold was closer to being stopped on the feet than he would like to admit, Rockhold regained control of the fight and summarily dispatched the former two-division champ in dominant fashion.

With Rockhold’s return to the UFC complete and a win secured, the question now revolves around what comes next for the former UFC titleholder. Is he still capable of being the elite middleweight who sliced through a division in two organizations on his way to titles? Or has Rockhold been exposed as subject to falling victim to the technical limitations of his game and the physical limitations of his body?

Let’s take an objective look at Rockhold, discussing why he is and isn’t an elite middleweight. More importantly, let’s look at what this means for Rockhold and his career moving forward.

Branch is a veteran of the UFC, having done a previous stint in the organization and accruing a record of 2-2 before being released. During his time outside the organization, he went 12-2 and was undefeated for almost five years, gaining and retaining the WSOF championships at middleweight and light heavyweight. While he wasn’t facing the best fighters in the world, he was fighting legitimate veterans who had fought and won in a myriad of promotions, including the UFC.

Branch, while very successful during his time outside of the UFC, was facing good competition, but not great competition. He was a two-division champion, but he was a champion in a second-tier organization. Rockhold was the best opponent he had faced in his career, and the results show that while Branch is elite outside of the UFC, he is clearly not elite inside of it.

Rockhold was dominant once he got his hands on Branch. The difference in class, athleticism and strength was clearly established. Rockhold tied up Branch, took him down, out-positioned him and beat him into submission. The gap between good and elite was clearly established, and Rockhold did so in an area where Branch, a Renzo Gracie black belt and one of the better grapplers in the middleweight division, excels. Rockhold took Branch’s measure, made an adjustment and turned the fight using his advantages in class and athleticism to determine the outcome.

However, Rockhold was pressured, pushed back, and hurt repeatedly by a guy who is neither a pressure fighter, a power puncher or a particularly high-level striker. It’s one thing to be caught by Michael Bisping, who is one of the savviest and busiest strikers in the organization, or to be touched up by Lyoto Machida, who is one of the trickiest, most accurate and unorthodox strikers in the world. It is quite another to have the same done to you by Branch. While Rockhold made an adjustment, some would say that sort of thing shouldn’t have been needed against this caliber of opponent, as guys like Dominick Cruz and Jon Jones have come off of similarly long layoffs and performed much better against a much higher level of opposition.

Rockhold didn’t get to show any of his vaunted striking on the feet. The clear assumption by Branch is that Rockhold is still a force at range. This would be the only explanation for Branch collapsing the pocket with strikes in a manner that is so against type. Rockhold was in full control in the clinch. He was able to easily take Branch down. Rockhold’s ground game is still top flight. He completely controlled, out-positioned and beat up Branch on the ground.

Yet, Rockhold’s striking defense has always been shaky at best. Numerous fighters have been able to land on him, highlighted by the fact a clearly faded Machida and Bisping were able to be very effective on the feet against Rockhold. The former champ’s ability to lead and counter on the feet in boxing range has been a constant issue. If Branch was able to get into position and do that kind of work against Rockhold, then you can only imagine what a Yoel Romero, Robert Whittaker, Derek Brunson or Bisping could do if put in those positions.

Rockhold is still one of the biggest, longest, strongest, most explosive and agile guys in the middleweight division. His striking power and physicality are still top shelf, even among the elite. He is so gifted that he could possibly compete at light heavyweight based purely on his physical tools.

For all his physical gifts, though, Rockhold has been very injury prone throughout his career. At some point, injuries rob an athlete of the natural physical advantages they have. For some fighters, this may require an adjustment. In the case of Rockhold, it may require an overhaul. So much of his striking game is based on his ability to out-athlete the majority of his opponents and go tit for tat with the more gifted ones.

Another side effect of his injuries is that he often falls in the rankings due to inactivity, as his repeated injuries allowed others to get into position and call into question his standing as an elite middleweight. Even coming into the Branch fight, there were concerns about what Rockhold had left and where his focus would be.

How much longer can Rockhold make middleweight in a healthy manner? He looked rough before the fight and made numerous references to moving up after it.

Then, there’s his chin. Rockhold hasn’t ever been the most durable fighter, but a knockout loss to Bisping raised eyebrows. “The Count” has never been a one-punch type, and he dismissed Rockhold in the first exchange. The start to the Branch fight will intensify discussions about whether Rockhold’s chin is permanently damaged. Some have wondered if the culture at American Kickboxing Academy, which has put a brake on the career of numerous contenders and champions such as Khabib Nurmagomedov and Cain Velasquez, has had the same effect on Rockhold.

Rockhold is still among the elite. He fought very few elite opponents on his way to the belt in the UFC, but the manner in which he dispatched of numerous good fighters makes him elite. He only has one top name on his resume in or out of the UFC, meaning his ranking as elite is based on the gap he has established between himself and the rest of the division, rather than because of any consistent success versus the best.

That being said, Rockhold is even money with any of the fighters ranked ahead of him. However, the lack of activity and the issues cutting down to middleweight are very concerning. They may create a situation where his body fails him, or at least minimizes his margin for error as a result of faded athleticism and durability. This could be catastrophic for a fighter who leans so heavily on his physical tools on the feet.

Given the number of young, dynamic and durable fighters coming up, there is a very likely possibility that Rockhold could find himself in an Anthony Pettis situation, where the division catches up to him athletically and begins to take advantage of him technically.

Will Rockhold do the necessary work to navigate these technical limitations in a manner that doesn’t force him to be so dependent on his ability? Or, will he continue to stick with what has worked until it doesn’t?