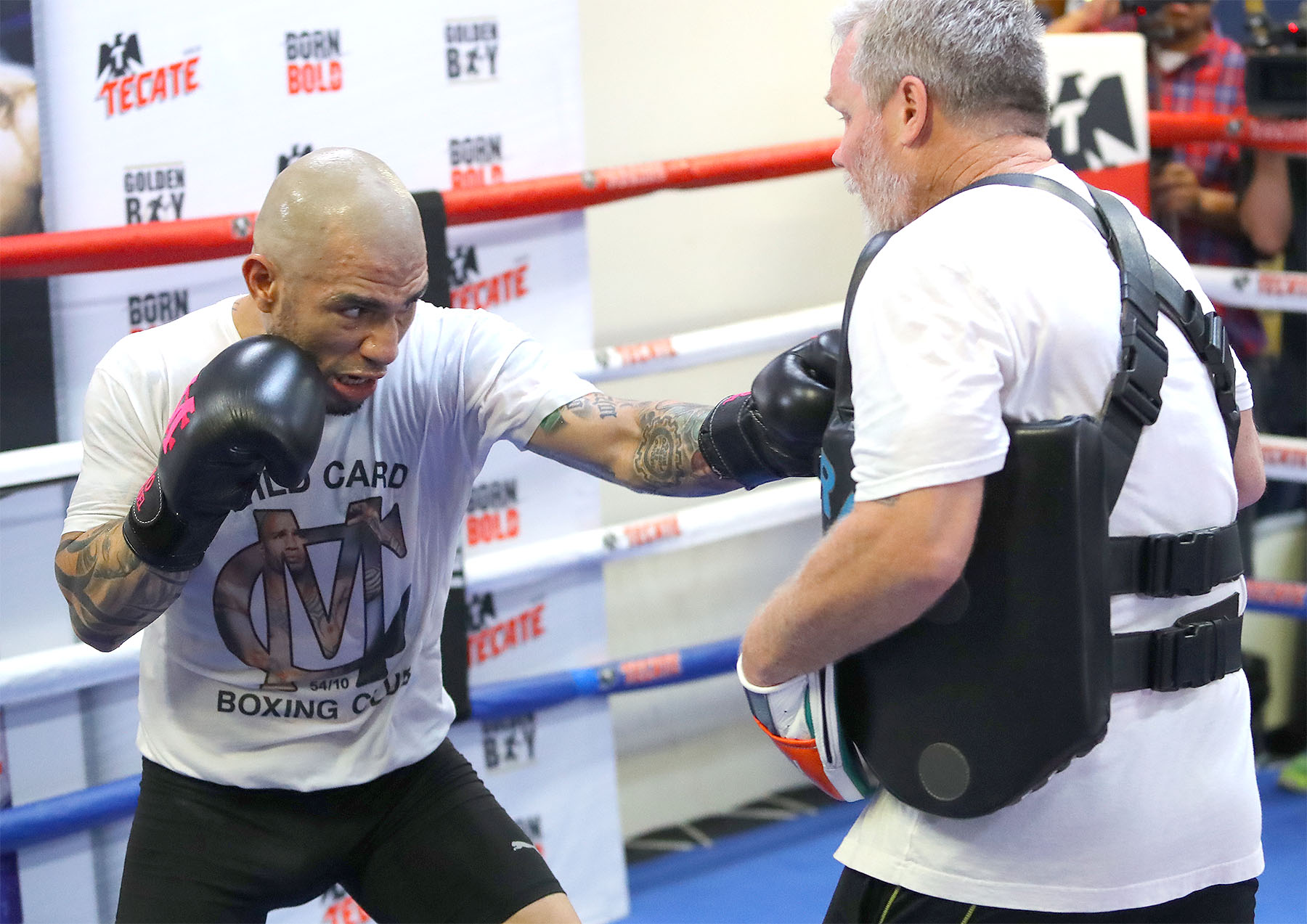 On Saturday, Aug. 26, Golden Boy Promotions brought high-level boxing back to the Stub Hub Center in Carson, Calif., for Cotto vs. Kamegai.

In the evening’s main event, Puerto Rican boxing legend Miguel Cotto took on Japan’s Yoshihiro Kamegai for the vacant WBO world super welterweight title. Cotto stepped back into the ring after dropping his last fight and WBC title to “Canelo” Alvarez nearly two years ago. Kamegai fought for a major title for the first time in his 32-fight career. The Japanese slugger had won 27 bouts, including 24 by way of knockout.

The WBC world super bantamweight title was on the line when undefeated champion Rey Vargas attempted to defend his title against challenger Ronny Rios. Mexico’s Vargas took a decision from Gavin McDonnell to become the WBC titlist in his most recent outing. Rios had put together a five-fight winning streak with three straight stoppages.