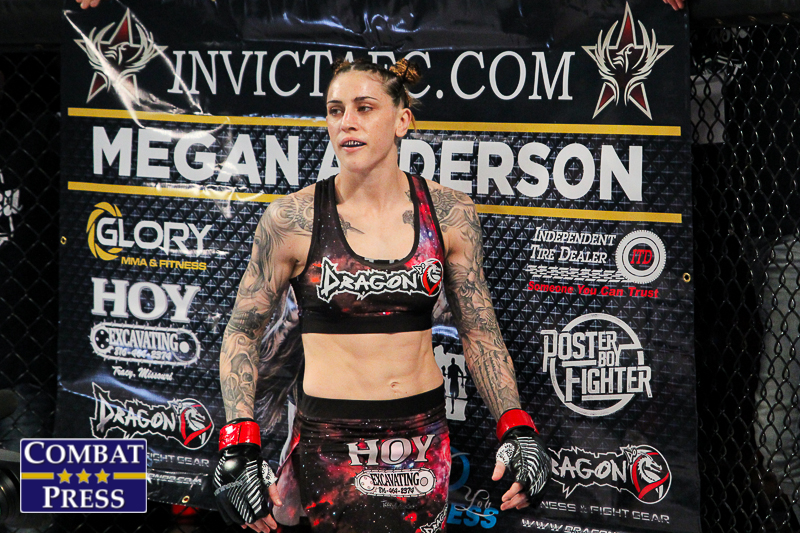 Ultimatum vs. Request: A Tale of Two Andersons

Each day in our lives, we come across a decision that could not only impact our immediate future, but our long-term goals as well. Sometimes this decision comes at the heels of a request that is reasonable and just. Other times, we are forced to dig deep and give an ultimatum to get our point across and make forward progress. The most important detail to remember is when to use each of these properly and appropriately.

In the fight game, this same tactic is used daily by those looking to make a name for themselves and to pave the road to becoming a champion. Fighters will put on a dominant showing and request their next opponent, hoping that their performance has swayed the UFC brass to fulfill their request. This isn’t out of the ordinary, but there is something brewing lately that is: The Unreasonable Ultimatum.

Anderson Silva has been found guilty of this offense.

Silva recently gave the UFC an ultimatum himself that has left many in the MMA world scratching their heads in confusion. “The Spider” has demanded that his next bout come against Yoel Romero. Wait, it get’s better: he wants it to be a fight for the interim middleweight title. If he doesn’t get it? Then, Silva plans on retiring. There’s that Unreasonable Ultimatum.

Yes, we live in an age where Conor McGregor gets to fight whomever and wherever he wants. Georges St-Pierre is finally coming back and getting a middleweight title shot right away. Unfortunately, money fights supersede any official or logical title contenders. Silva’s betting on the value of his name over the value of his recent record to force the UFC’s hand.

Silva has gone on to complain about how he has been treated poorly by the UFC. It’s hard to believe that to be true. Silva has seemingly hand-picked every bout he has had since losing his strap and the subsequent rematch that followed. Silva even went as far as to be the company man and take on light heavyweight champion Daniel Cormier on just three days’ notice. It was a bold move. The fight itself was pretty dismal, but Silva did what he could to help his employer — and, really, his family — out of a bind. The problem with how Silva is approaching this? It comes off incredibly childish.

Silva doesn’t have the drawing power or leverage that he used to enjoy during his title reign. He will always be known as one of the greatest fighters of all time, but he is getting older, and with age comes a slow decline. The once unbeatable and unstoppable force is 1-2 with one no-contest over his last four fights, and his win was arguably and justifiably robbed from Derek Brunson. The leverage Silva once had is gone. The UFC has GSP back and the company has McGregor. Jon Jones will be back later this year, too, in an attempt to recapture his light heavyweight title.

If Silva is to retire, it should be on his own terms and not over a petty and unreasonable ultimatum.

Take a look at the other side of the coin.

The women’s featherweight picture is a joke now. The UFC has a champion in Germaine de Randamie who is more than likely not going to defend her belt and will be forced to vacate it. The silver lining? Cristiane “Cyborg” Justino first offered a similar ultimatum regarding the title, but recent events have changed for the better. Megan Anderson has actually asked, repeatedly, for a fight with Cyborg. Cyborg, easily the most feared woman in the MMA world. Cyborg, who has never really had opponents lining up to accept the challenge. The problem with this scenario? Anderson is currently Invicta’s featherweight champion and, as far as we all know, has not yet been offered a UFC contract or title fight. The UFC needs to jump on this. The Cyborg-Rousey ship sailed long ago, making this the fight the fans and the division now deserve.

Anderson’s style is a perfect match-up for Cyborg. She’s gritty and, it bears repeating, she actually asked for this fight. Cyborg seems to think that this fight is what should be next for both ladies. Recent mock UFC 214 images have surfaced over the last few days showing the two side by side in what could and will be the biggest women’s featherweight showdown in history. Anderson isn’t making any ridiculous ultimatums. She isn’t being unreasonable. Yet, the UFC needs Anderson. Anderson needs to be in the UFC. Cyborg needs an opponent.

The moral of the story? Requests need to be fulfilled. Ultimatums need to be ignored. The two title fights that need to come from all of this fuss are pretty simple to figure out. Cyborg and Anderson should meet for what looks like it will be a vacated women’s featherweight title. Meanwhile, Romero should face Michael Bisping for the UFC middleweight title. This all seems pretty clear, but sometimes money blinds those who control what happens next.