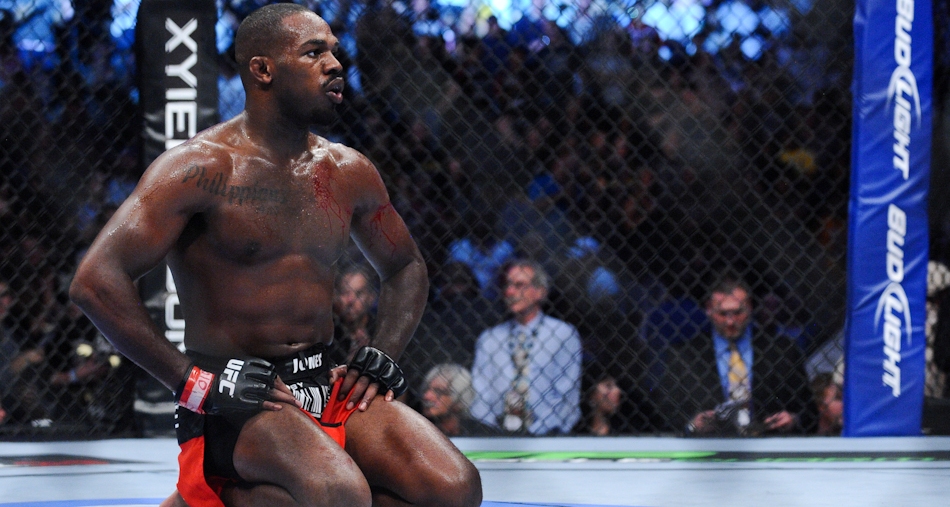 What Will It Take For Jon Jones to Learn His Lesson?

Another fight and yet another problem arising for former light heavyweight champion Jon Jones. It has become something of a constant in the world of MMA.

Jones has developed a long rap sheet since he first stepped into the UFC’s bright lights. Now, ahead of his return fight to try to win back the light heavyweight title from reigning champion Daniel Cormier, Jones is in yet another legal hotspot.

Video emerged this week of Jones mouthing off to a cop who pulled him over for drag racing in Albuquerque, N.M. The confrontation with the officer led to five citations, and those citations eventually led a judge to issue a warrant for Jones for violating probation. That probation stems from a hit-and-run incident last year and was set to last for a supervised 18 months. However, even a year and a half of probation meant to keep Jones from being a felon proved too great of a challenge.

The line in the sand should have been drawn before Jones’ hit-and-run accident last year. Heck, we could even be lenient enough to have allowed him two chances, considering that Jones pled guilty to DUI charges in 2012 — or, heck, even three chances: he was given three citations earlier this year for more traffic violations, including driving 75 mph in a 35 mph zone.

This isn’t some “I’m better than thou” sort of article. People make mistakes, and those who commit errors should be given a chance to atone for their mistake. But eventually we fall victim to the old saying: “Fool me once, shame on you. Fool me twice, shame on me.”

This has gone beyond the 28-year-old simply making mistakes. These are no longer mistakes, but lunatic decisions that are costing, quite possibly, the most gifted athlete in MMA history a lot of time and money.

Whether you believe the cop’s version of events that led to the traffic stop or if you believe that Jones wasn’t racing, one thing is certain: these situations are avoidable. Regardless of what happened before the lapel-camera video, Jones, after being pulled over, acted irrationally towards the cop writing him a citation. The former UFC champ’s outburst where he called the cop a “pig” and a “liar” only gives more fuel to the fire to potentially make Jones a felon. This could cost him dearly. People will take advantage of the smallest gaffs to heap criticism on Jones.

At a certain point, though, we have to realize that these sorts of incidents won’t change for Jones. He hasn’t learned yet the ramifications of his ways. Fans like Jones in the heel role, where he lets his mean streak show. Jones tears into his opponents with quick quips and sends out insulting tweets that he deletes minutes later. Fans, for the most part, love the heel turn. However, these incidents go beyond a simple heel turn and shine light on the fact that Jones simply hasn’t learned — and quite possibly will never learn — that maybe he should tread more lightly with the law — and behind the wheel. Jones could almost certainly afford to have a driver bring him around town, and the UFC, especially at this point, quite possibly would be willing to foot the bill if it means keeping a fighter like Jones out of a jail cell and in the cage in highly touted main events like Jones’ upcoming fight against Cormier.

One thing is certain here: Jones has been involved too much with the wrong side of the law. This isn’t the first time he has been in the spotlight for infractions. It isn’t even the second time. Or third.

Something as simple as a traffic stop could have some real ramifications not only on his career, but on his life. Jones needs to buckle down and take things more seriously, or we could be talking about much graver end results, to both Jones and anyone who is unlucky enough to be on the road with him, the next time he gets careless.