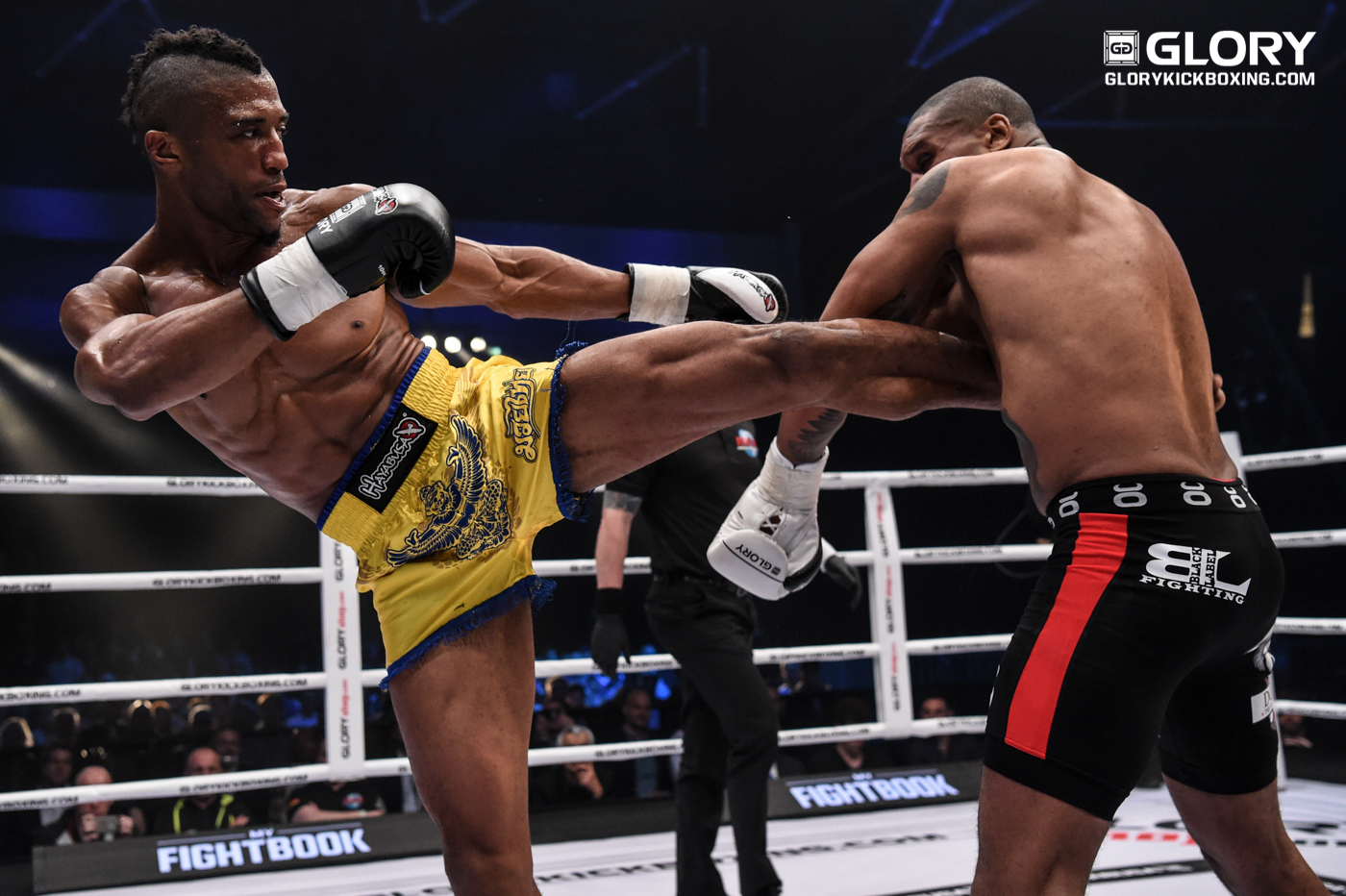 For the most part, the heavyweight division had a quiet month of April. Only one fighter in the top 10 was in the ring. Third-ranked Mladen Brestovac defeated Dzevad Poturak by unanimous decision at FFC 29: Champion vs. Champion.

The light heavyweight division was full of activity during April, and the bottom half of the top 10 has experienced some major shuffling as a result. At World Fighting League 5, eighth-ranked Michael Duut was knocked out by Fred Sikking in the first round and now lands outside of the top 10. Also at the event, sixth-ranked Fabio Kwasi found himself staring up at the lights thanks to a right hand from Ibrahim El Bouni in the semifinals of the promotion’s 95-kilogram tournament. The knockout loss dropped Kwasi to the No. 8 spot in the rankings, while El Bouni enters the rankings for the first time at No. 7. In the other half of the tournament, Brian Douwes edged Redouan Cairo by unanimous decision, but an injury to El Bouni prevented the pair from meeting in the final. However, the victory was enough for Douwes to move into a tie for the No. 10 spot in the rankings. Finally, at Enfusion Live 49 in Holland, Luis Tavares knocked out Morocco’s Mohamed Boubkari in the first round to climb back into the rankings at ninth. All of the shuffling also resulted in Danyo Ilunga falling outside the top 10.

While the middleweight rankings did not experience as much change as the light heavyweight division, it wasn’t due to lack of activity. Perhaps the biggest win of the month came in the GLORY 40 main event in Copenhagen, where Canadian Simon Marcus exacted revenge against Dutchman Jason Wilnis. Marcus reclaimed the title, as well as the No. 1 ranking, with a split decision. Also on the card, towering Dutch-Tunisian Yousri Belgaroui earned a title shot against Marcus by defeating third-ranked Alex Pereira and Agron Preteni to capture the contender tournament. The victories vault Belgaroui to No. 4 in the rankings, while Pereira drops to fifth. Joe Schilling topped Alexandru Negrea at Bellator Kickboxing 6 in Budapest. Despite the win, Schilling slides to seventh in the rankings to accommodate Belgaroui in the top five. Belgaroui’s entry also caused some minor shuffling in the bottom half of the division, where Hicham El Gaoui inched into ninth, while Dustin Jacoby and Alexander Stetsurenko are now tied for No. 10.

Dropped from the rankings: Zoltán Laszák (6)

The welterweight class was also busy in April, but the top 10 largely remained intact. Third-ranked Artur Kyshenko took care of business at Kunlun Fight 60, where he stopped Zakaria Baitar with a nasty left hook to the body to maintain his spot in the top three. At Bellator Kickboxing 6, Karim Ghajji got revenge against Zoltán Laszák to reclaim the Bellator title. Despite the spirited effort by Laszák, the loss causes him to fall out of the top 10. Also at the event, ninth-ranked Raymond Daniels scored another knockout via spinning back kick, as he put away Gyorfi Csaba. Daniels ekes up to eighth in the rankings. Mustapha Haida squirms his way into the top 10 after defeating Enriko Kehl at Bellator Kickboxing 5 in Torino, Italy.

The top 10 of one of the sport’s deepest divisions was largely dormant in April, as only two fighters were in action. Third-ranked Giorgio Petrosyan cruised on the scorecards at Bellator Kickboxing 5 in Italy en route to defeating the overmatched Amansio Paraschiv by unanimous decision. No. 4-ranked Yodsanklai Fairtex needed less than a round to knock out Masoud Mineai at MAS Fight 1. Both veterans remain locked inside the top five.

Although the featherweight division wasn’t the busiest of the month, there were plenty of meaningful fights. Top-ranked Kaew Weerasakreck was in action at the K-1 World GP 2017 Super Bantamweight Tournament, where he defeated seventh-ranked Hideaki Yamazaki by unanimous decision. Also in Japan, eighth-ranked Yasuomi Soda knocked out Daiki Matsushita in the first round at Krush.75. Both Soda and Yamazaki actually moved up a spot in the rankings this month after what took place at Bellator Kickboxing 6 in Budapest. Former two-time GLORY champion Gabriel Varga made his promotional debut for Bellator and ended up on the losing end of a split verdict against Gabor Gorbics. The loss sends Varga tumbling to the No. 9 spot in the rankings.

The victory at the K-1 World GP 2017 Super Bantamweight Tournament by Kaew Weerasakreck was enough for the Thai fighter to climb into the No. 2 spot in the pound-for-pound rankings. Also at the event, 10th-ranked Takeru knocked out Victor Saravia. Despite the win, the Japanese fighter remains tied with Artur Kyshenko for the final spot in the top 10. Giorgio Petrosyan’s win in Italy had no impact on his place in the pound-for-pound top 10.

April was an extremely active month for the world’s top female kickboxers. Top-ranked Jorina Baars made her promotional debut at Bellator Kickboxing 6, where she completely dominated Irene Martens for three rounds. Earlier in the month in Italy, Anissa Meksen defeated Chiara Vincis on the Victory World Series portion of Bellator Kickboxing 5. The win moves Meksen into the No. 2 spot in the rankings. Also in Italy, Denise Kielholtz retained her Bellator flyweight title by defeating Martine Michieletto via unanimous decision. Kielholtz also moves up in the rankings, climbing into the third spot. At Kunlun Fight 60 in China, Wang Kehan stopped Juliana Werner in the second round. However, with Meksen and Kielholtz moving up in the rankings, Kehan slides to fifth. Finally, ninth-ranked Antonina Shevchenko added more belts to her collection at Phoenix Fighting Championship 2, where she bested Isa Tidblad by decision.