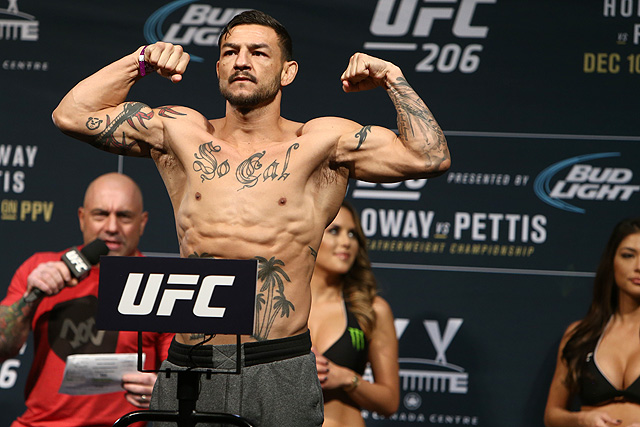 On Saturday, April 22, the UFC will host UFC Fight Night 108: Swanson vs. Lobov from the Bridgestone Arena in Nashville, Tenn.

In the night’s main event, featherweights Cub Swanson and Artem Lobov lock horns. Swanson enters the contest on the heel of his “Fight of the Year” performance against Doo Ho Choi at UFC 206 in December. The win extended his current winning streak to three fights. Lobov, meanwhile, is a veteran of The Ultimate Fighter who only recently worked his way back above the .500 mark. The Russian, who now trains in Ireland, dropped his first two UFC contests before righting the ship and earning back-to-back wins.

The fighters hit the scales on Friday. Video of the weigh-ins (courtesy of the UFC) appear above, while the results appear below.