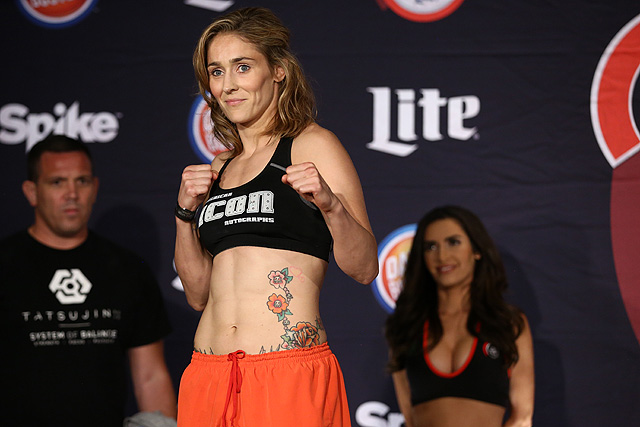 On Friday, March 3, Bellator MMA will host its 174th event from the WinStar World Casino and Resort in Thackerville, Okla.

The 35-year-old Coenen is one of the sport’s pioneers, having competed since 2000. Along the way, she’s faced some of the sport’s biggest names, including former Strikeforce and UFC champion Miesha Tate and current Invicta FC champion Cristiane “Cyborg” Justino. The Dutchwoman will be looking to bounce back from a shocking upset loss to UFC veteran Alexis Dufresne in a catchweight bout last May.

Like Coenen, Budd is also a veteran of Strikeforce and Invicta FC. She enters the title match-up having won seven straight, including three in a row inside the Bellator cage. Budd’s only career losses have come against former UFC champion Ronda Rousey and current UFC titleholder Amanda Nunes.

The action kicks off Friday with a live preliminary card stream at 7 p.m. ET. The night’s main card airs on Spike TV beginning at 9 p.m. ET.

The fighters hit the scales at 6 p.m. ET on Thursday, Jan 26. A live video stream (courtesy of Bellator MMA) appears above, while the results appear below.

* – missed weight and bouts were canceled