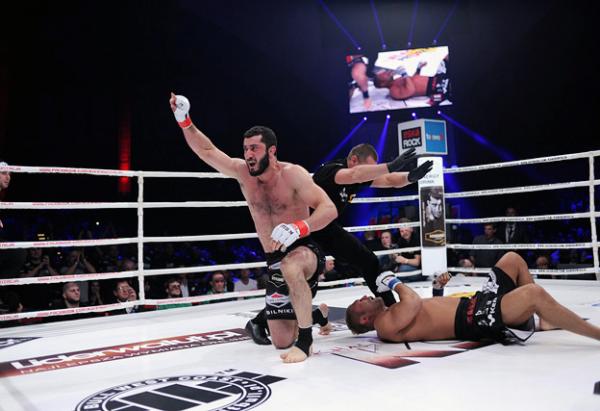 In the evening’s main event, one of the world’s best middleweights outside of the UFC, Mamed Khalidov, took on UFC veteran Luke Barnatt. The KSW middleweight champion Khalidov had defeated his past 12 opponents with stoppages in 10 of those bouts. Barnatt had a four-fight winning streak of his own since being cut from the UFC following a loss to Mark Muñoz at UFC Fight Night 66 in 2015.