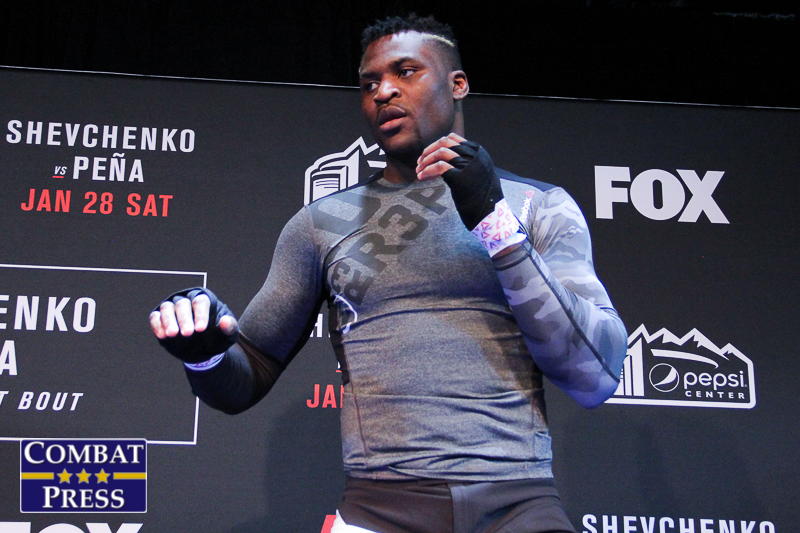 On Saturday, Jan. 28, the UFC returned to where it began, the Mile High City of Denver, for UFC on Fox 23: Shevchenko vs. Pena, which emanated from the Pepsi Center.

In the night’s main event, striking stalwart Valentina Shevchenko took on The Ultimate Fighter 18 winner Julianna Peña in a bout that determined the next bantamweight No. 1 contender. The 28-year-old Shevchenko had tasted defeat just once since 2010 — a decision loss to current champion Amanda Nunes at UFC 196. Shevchenko quickly rebounded by dominating former titleholder Holly Holm in July at UFC on Fox 21. Peña, meanwhile, had reeled off four straight wins inside the Octagon since capturing the reality show crown in 2013. In her most recent appearance, she topped former title challenger Cat Zingano at UFC 200 by decision.

Above are video highlights of the bout between Ngannou and Arlovski (courtesy of the UFC).