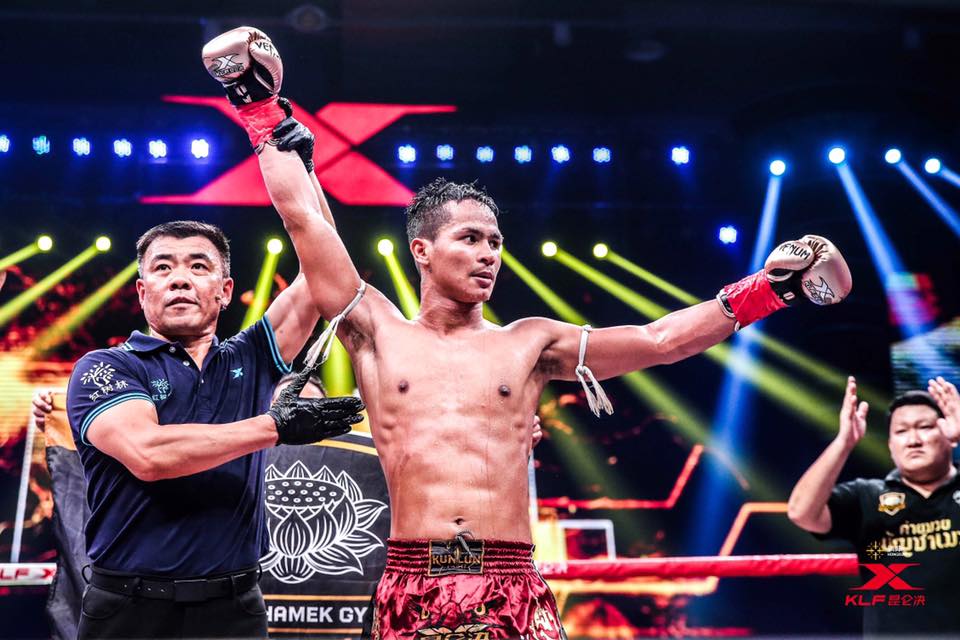 Superbon Singha Mawynn vs. Chingiz Allazov Moved to ONE on Prime Video 6

A ONE Championship featherweight kickboxing world championship fight was set to take place between titleholder Superbon Singha Mawynn and challenger Chingiz Allazov at ONE on Prime Video 5 on Friday, Dec. 2, live from the Mall of Asia Arena in Manila, Philippines. However, Combat Press has learned from sources inside the organization that the event has been moved. The two will now face off as the headliner of ONE on Prime Video 6 on Friday, Jan. 13.

Superbon, who has not lost a bout since Feb. 2018, was riding a 10-fight winning streak when he faced veteran Giorgio Petrosyan for the inaugural ONE featherweight title in Dec. 2021. In one of the most amazing head-kick knockouts in recent history, the Thai fighter slept the Italian to earn the strap in the second round. The 32-year-old phenom has defended his belt once since then, when he dominated Marat Grigorian at ONE X back in March. While Superbon has been building his ONE empire, Georgia’s Allazov has been moving through the rankings lock-in-step with the champ.

Allazov made his last Bellator Kickboxing appearance when he outworked the legendary Sudsakorn Sor Klinmee in Oct. 2019. Between an injury and the COVID-19 pandemic, he sat on the bench until he made his ONE debut, when he lost a split decision to Enriko Kehl in Apr. 2021. However, after that, he scored back-to-back knockout wins over Samy Sana and “Smokin'” Jo Nattawut. He, like the champ, also had his last fight at ONE X in Mar. 2022, and he picked up a decision win over Sitthichai Sitsongpeenong, setting up a title clash with Superbon.

The title fight between Superbon and Allazov was originally set for early Dec. 2022. However, Superbon came down with an illness, so the fight had to be moved to Jan. 2023. The two will now go to war at the Impact Arena in Bangkok, Thailand.

ONE on Prime Video 6: Superbon vs. Allazov will air live on Amazon Prime Video on Friday, Jan. 13, with the main card kicking off at 8 p.m. ET.