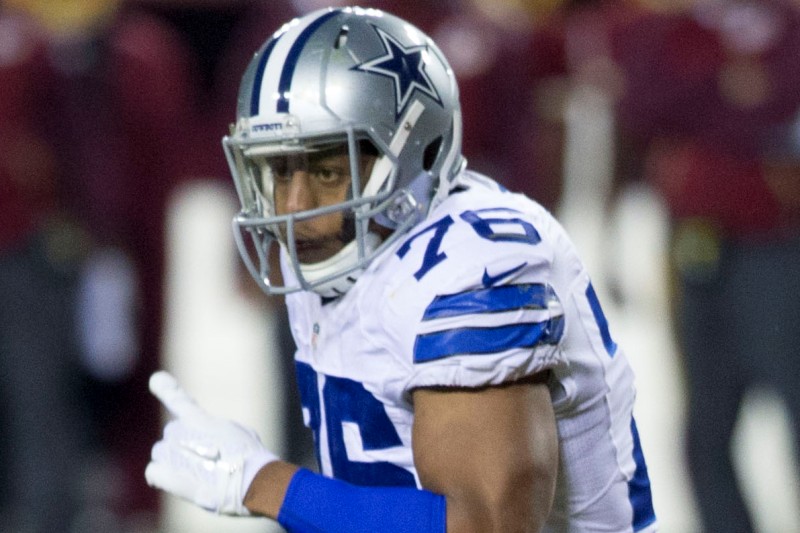 There’s No Place In MMA For Greg Hardy

The UFC just sold for $4.2 billion. Mixed martial arts is the fastest growing sport in the world. It’s also a hot destination for athletes from other sports, including the world of football. However, one former football player, Greg Hardy, has no place trying to make it in this sport.

Hardy, a former NFL defensive end in Carolina and Dallas, was in the headlines last year due to an alleged domestic-violence incident which led him to be suspended by the NFL and serves as the reason why he isn’t playing football anymore.

After pretty much going unheard from this current football season, Hardy was recently arrested for possession of cocaine outside of Dallas. Now, this week, news came out courtesy of MMA Fighting that Hardy was leaving his football career to pursue a career in MMA.

For many reasons, most of those reasons being quite obvious, Hardy’s move to MMA is by far the worst choice he could make as a professional athlete and an unwise one as a person. So, here’s an open letter to Hardy on why he doesn’t belong in the sport of mixed martial arts:

This letter to you is probably a waste of time. You’ll do whatever you want, but you should reconsider this move to MMA. You were found guilty by a judge on the charges of assault and communicating threats, and while you were disciplined by the NFL for your disgusting actions, your appeal and request for a trial by jury led to the dropping of charges when the prosecution couldn’t locate your accuser to have her testify. Some would say you never paid the true consequences for your actions.

What makes you think that, as a now tainted former NFL player accused of threatening the life of an ex-girlfriend and badly beating her, heading into MMA would be a good idea? Several other professional athletes have made the jump to this violent sport, but they don’t come in with the reputation that you carry.

You violently attacked a woman. You threatened to end her life. You proclaimed your innocence throughout the investigation and trial. After a disappointing season coming off suspension, you disappeared from the NFL because no one wanted you on their team. Then, you get caught with cocaine? Priorities, Mr. Hardy, get them in check.

Instead of becoming an advocate against domestic violence or trying to clean up your image, you decide the next move is to join the most violent sport in the world? Do you understand what you’re signing up for? Never mind the fact that your image continues to just grow as a violent person, but MMA is real and people get hurt. People get beaten. Sometimes it’s ugly. Here’s the difference: men fight men and women fight women, and that’s it. Are you ready for that?

So, Mr. Hardy, reconsider, will you? It’s not a good look for your image, if you even care about that, and it could end up getting you hurt, if you care about that either. There are many things you could do instead of playing football, but pursuing an MMA career and getting arrested for possession of cocaine are not the right choices. Think it over. It’d be a wise decision.

Signed,
Someone who never wants to see domestic violence associated with MMA.