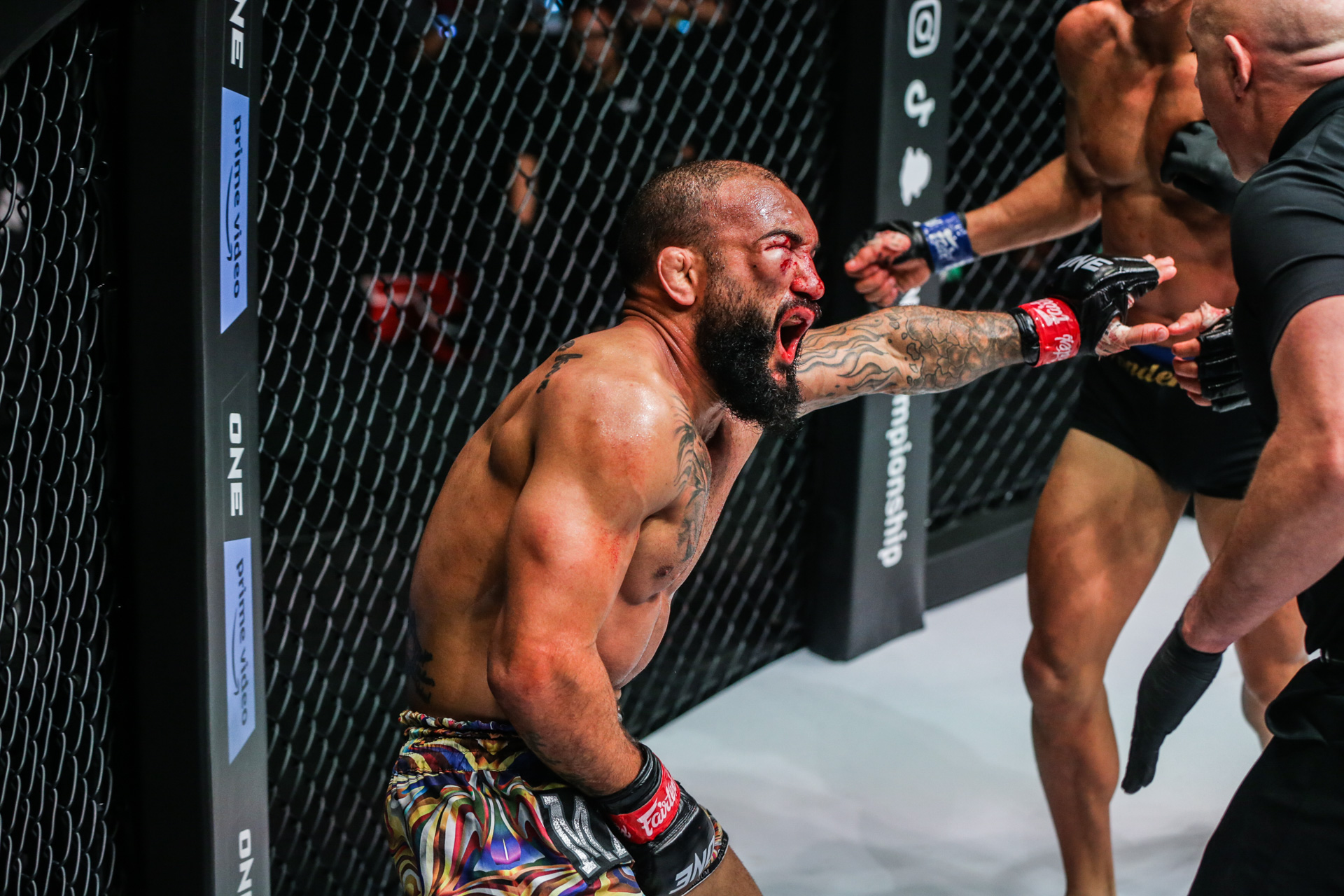 John Lineker may not have lost to Fabricio Andrade in the main event of ONE on Prime Video 3, but he still lost the ONE bantamweight championship in the process. A miscalculation by the Brazilian saw him stripped of the belt after failing to make weight just days before his first defense.

That began the weekend on a sour note, and “Hands of Stone” sees it as a bad omen for his match against his young Brazilian counterpart.

While he takes nothing away from Andrade’s dominant showing in the main event of ONE on Prime Video 3 this past Friday, Oct. 21, Lineker believes losing the belt played a role in how he performed in Kuala Lumpur.

“It’s a trauma. I was very upset. I wasn’t suffering to lose weight, it wasn’t lack of professionalism or lack of training. It was silly and made me very upset, even because of the history I already had. This shook me up a lot. I tried to stay strong and focused to get in the fight well, but I wasn’t 100 percent,” he said.

“I also couldn’t impose my game. And when I was managing to find myself in the fight, he had already hurt my eye with a right hand, and that got in my way a lot. But what happened on the scale shook me a lot.”

The bout was called off due to a low blow from Andrade that Lineker could not recover from. The crippling shot still resonates with the former ONE bantamweight champion days after the match but he is determined to return to action as soon as possible.

“The pain was unbearable. I thought it would never stop hurting. In addition to the pain, I couldn’t breathe properly. I was quite scared of the pain. My cup broke. It wasn’t just the impact, the blow went through the cup. It took all my strength and my momentum. I already did some tests and, thank God, it was nothing serious. I’m still feeling a little pain, I was even afraid to go to the bathroom afterwards. But, according to the doctors’ assessment, everything is fine with me,” Lineker said.

Before the action was stopped due to the accidental shot, Andrade was, undoubtedly, on his way to a star-making victory. He had delivered pulverizing damage to Lineker’s face and looked to hurt the champion with a knee to the midsection immediately before the low blow made contact.

Despite still recovering, Lineker is already focusing in on making changes to ensure that will not happen in their rematch – if ever it happens. He notes that he could have employed more low kicks to unsettle Andrade and move into range for his own striking.

“Hands of Stone” sees another battle with Andrade as inevitable, and with the ONE bantamweight championship still vacant, it makes sense for the two stars to square off again.

“I believe there will be a second fight. The audience wants to see that fight again. It was a very exciting fight, a war, and the audience likes that style of fighting. It was a very busy fight. I want to face him again soon, but first I need to recover,” Lineker said.

“I really want to get this belt back. I didn’t lose the title to an opponent, but to the scales. This belt is actually mine. I remain the champion. I can’t wait to fight for the belt again.”