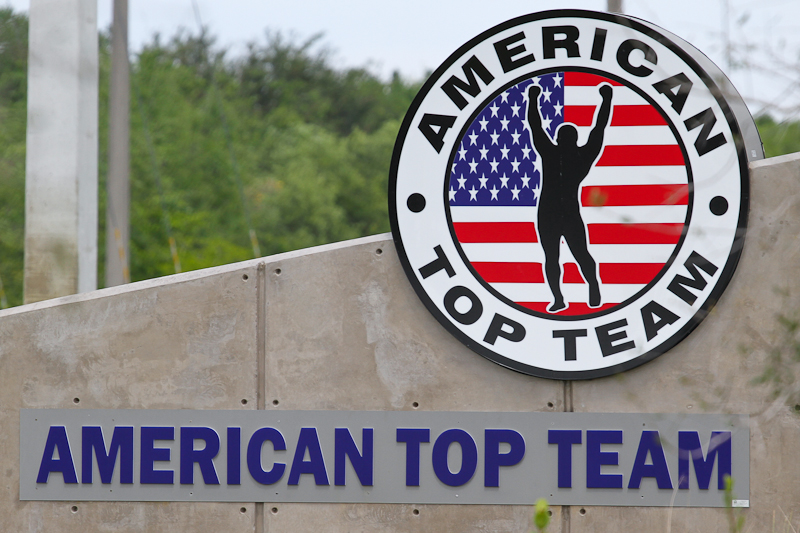 Every athlete in every sport aspires to achieve one thing: to be at the top. For mixed martial artists, that achievement comes along with a shiny belt, bragging rights and true greatness that can be awakened over the course of a few minutes or a full 25-minute affair.

It only seems fitting that the Combat Press 2016 Gym of the Year award would go to a team with that very aspiration right in its name: American Top Team. Led by Master Ricardo Liborio and Dan Lambert, ATT has steadily remained one of the most prominent gyms in MMA history. Located in Coconut Creek, Fla., ATT boasts a handful of world champions, and they’re dominant ones, at that.

First up, UFC welterweight champion Tyron Woodley. While it is debatable how much time Woodley has spent at the ATT home base in Coconut Creek, it goes without saying that ATT helped Woodley become a champion. Many counted him out when he took on fellow ATT product Robbie Lawler at UFC 201. It was believed that Lawler was going to hold onto his title for quite some time after back-to-back “Fight of the Year” candidates against Carlos Condit and Rory MacDonald. But Woodley’s confidence was brimming and it showed as he became the first man to knock out Lawler in over a decade. Woodley retained his belt after a five-round war with Stephen Thompson, albeit via a draw. A rematch with Thompson should be next for the welterweight champ.

Next up, and most interestingly, there is current UFC women’s bantamweight champion Amanda Nunes. Nunes first took the world by storm when she dispatched of former champion Miesha Tate at UFC 200 to become the first Brazilian woman to hold UFC gold. She then demolished another former champion, Ronda Rousey, in just 48 seconds at UFC 207 to cement her place at the top of the sport. Nunes is a threat in any realm, boasting a Brazilian Jiu-Jitsu black belt and a brown belt in judo. She has continued to grow and learn, and that knowledge definitely comes from the team she has at ATT.

Joanna Jędrzejczyk is by far the most feared woman in the women’s strawweight division. Jędrzejczyk quickly dispatched of former champion Carla Esparza to capture the championship and hasn’t let go of it since. Jędrzejczyk has earned wins over Jessica Penne, Valerie Letourneau, Claudia Gadelha and, most recently, Karolina Kowalkiewicz. She is the newest addition to the ATT family, but her improvements have been on display since the change in camps. With a team like ATT behind her, the sky is truly the limit for the 29-year-old Polish fighter.

Finally, ATT is home to Bellator’s current featherweight champion, Daniel Straus. Straus truly found his home at ATT and was able to not only capture his first world title under ATT’s tutelage, but also to reclaim it after it was taken from him. Straus has talked many times about how ATT is truly a part of his family. It’s safe to say that without ATT, Straus would not be in the position he is in, both in fighting and in life. Straus will look to defend his belt in 2017 after coming off repeated surgeries.

In short, American Top Team is home to many former and current champions. The camp strives to have its fighters become the best and reach the “Top” of the sport. Master Liborio is truly an iconic member of the MMA community, and the coaching staff behind him has helped elevate these fighters to whole new levels.